Caught up in rapid political and economic changes and urban development, Romania’s capital, Bucharest, ranked on the World Monuments Fund's 2016 watch list. As efforts galvanize to preserve the city’s history, Carnegie Mellon University's Emanuela Grama is at work to unveil its complex past. 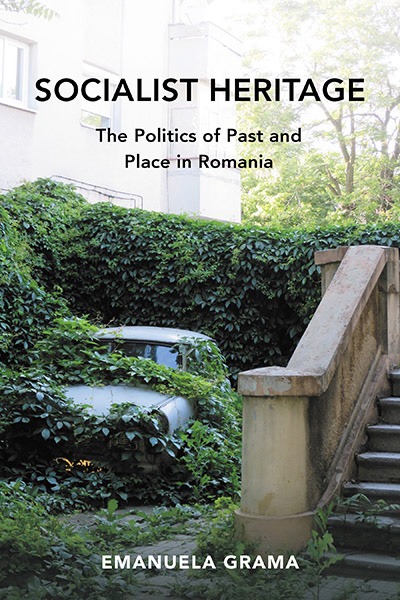 In her new book, "Socialist Heritage: The Politics of Past and Place in Romania" (Indiana University Press, 2019), Grama, an associate professor of anthropology and history, explores the city's histories of ethnic and social diversity and the political actors that have attempted to silence these histories during and after the communist regime (1947-1989).

"After the end of the Second World War, the communist states in Eastern Europe promised a new world: a better life, access to education and a rapid modernization,” Grama said. However, she notes, these promises came at a great cost. The new leaders in communist Romania also faced limitations of resources and expertise —and soon turned to nationalism to gain the public's trust.

A neighborhood called Old Town is at the center of Grama’s book. She uses the debates surrounding this district to inquire into the broader nature of heritage, to better understand when and how things and people become “heritage,” or are denied this value. In the 1960s, the Romanian communist leaders used the ruins of a medieval palace found in Old Town as a material proof of Bucharest’s Romanian history — and thus silenced the historical presence of Jews, Armenians, Germans and Italians who also lived for generations in the city.

"Contrary to popular belief that the socialists tried to oppress the city's history, the Communist Party used Bucharest's past to exploit the Romanian state," Grama said.

During her research, Grama came across letters revealing a forgotten debate between archaeologists and architects regarding the cultural value of the Old Town. She uses this untold story to analyze what she calls “hierarchies of expertise” in a socialist state; how distinct professionals gained or lost visibility in a centralized system of power.

After the end of the communist regime in 1989, Bucharest entrepreneurs and developers have been ambivalent about the value of Old Town. Only after the mid 2000s did Romania’s politicians rediscover the cultural potential of the district — and used it to promote Bucharest as a cosmopolitan, European capital, with an eye to attracting both foreign tourists and funds from the European Union.

Native to Romania, Grama is passionate about continuing to research the country's complex history. "Examining Bucharest's heritage opens a debate on the political use of the past and how to determine what part of the past should be preserved," Grama said.

Grama joined the History Department in 2013. "Socialist Heritage: The Politics of Past and Place in Romania" is her first book, published by Indiana University Press.