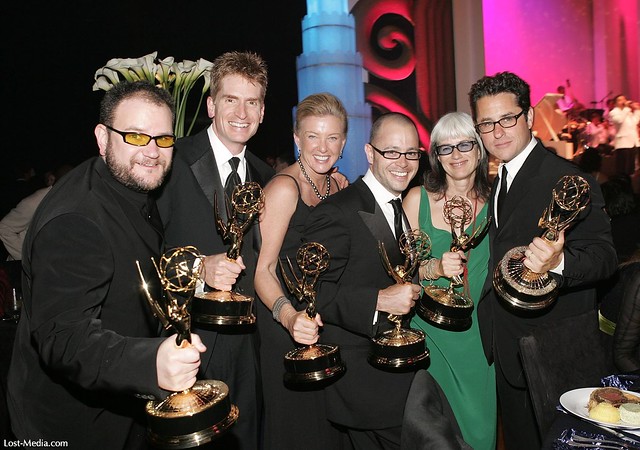 There is a good chance that your favorite TV show or movie has a connection to Carnegie Mellon University’s English Department. From “Toy Story” to the hottest sci-fi television hits, creative writing alumni are writing, producing and directing.

As the co-executive producer of the CW Television Network series “The 100,” Javier Grillo-Marxuach (DC’91) works closely with showrunner Jason Rothenberg to bring the program’s dark vision to life.

The show is set in an apocalyptic world and 100 juvenile delinquents are sent from a spaceship housing humanity’s only survivors in hopes of re-populating the planet. Grillo-Marxuach said he admires how Rothenberg has stayed true to his personal vision of the show.

“I am blown away by this universe that Jason has created,” said Grillo-Marxuach, a double creative writing and cultural studies major. “He has a very distinctive point of view about the universe and what the universe does to people. It’s always a thrill when you work with someone with so much ambition.”

Before joining “The 100” team, Grillo-Marxuach was an Emmy award-winning writer and producer for “Lost.” He credits Carnegie Mellon’s writing workshops with Sharon Dilworth and the late Hilary Masters for preparing him to work in the TV industry.

“The workshop system where people are critiquing your stories was an exceptional way of thickening my skin,” said Grillo-Marxuach. “In the television writing room, you have to learn how to give, receive and use criticism and all of that began for me in the writer’s workshop at CMU.”

In addition to student’s work being critiqued by peers and a professor, writing workshops—the heart of the program—help students practice their craft and grow as writers.

Dilworth, associate professor of English and director of the Creative Writing Program, said Grillo-Marxuach produced a great body of work during his time at CMU including full-length plays, short scripts, one act plays – one after another.

“He was an incredible writer,” she said. “He worked with a great many characters juggling so many themes and narrative threads together. One had the sense that he was going places even before he left Carnegie Mellon.”

Kai Wu (DC’04), a creative writing and professional writing double major who writes for the CW’s show, “The Flash,” agrees about the value of the workshops.

“In ‘Screenwriting Workshop,’ Professor Jane Bernstein taught us the importance of characters,” said Wu, a former writer for NBC’s “Hannibal.” “I started writing character biographies for all the major characters in my scripts and that's something I still do. I love that process because I discover things about my characters that I never even knew.”

In another class, ‘Survey of Forms: Fiction’ with Dilworth, Wu recalls learning how to distinguish between a story and a situation in a body of work. Writers use this technique to look for the meaning or “story” behind a situation or event.

“It was invaluable and through that, I was able to analyze movies and scripts critically,” she said.

Laura Harkcom (DC’93), another creative writing major, said the workshops taught her the discipline of writing daily. Harkcom gets her daily dose of writing in as a consultant for Universal Pictures where she’s currently consulting on scripts for eight movies and a TV show. “Parallels,” the pilot she co-created last year for Fox Television Studios, is currently streaming on Netflix. Before that, she co-created, co-wrote and co-executive produced the TV show “The Lost Room” for the Syfy channel with fellow creative writing alum Christopher Leone.

Along with the disciplined atmosphere of the creative writing program, encouragement from her CMU professors, who are practicing poets and prose writers, helped Harkcom.

“One of the most crucial aspects of my education at CMU was the rapport I had with my professors. In particular, my senior project advisor Jane Bernstein pushed me to keep writing,” she said. “Jane took me seriously as a writer before anyone else did. That validation, at such a formative time in my life, was invaluable. And, my academic advisor Peggy Knapp consistently gave me great advice and guided me.”

Greg Marcks (DC’98), a creative writing major who now directs films, was first drawn to the major because he wanted to tell stories. After the screenplay for his debut film “11:14” was passed around in Hollywood, Oscar-winning actress Hilary Swank signed on to produce and star in the movie, along with the late Patrick Swayze. The darkly-comic thriller follows five different characters and five different storylines that all converge to tell the story of murder and deceit.

He said the screenplay for “11:14” was influenced by Masters’ course ‘The Novita,’ which examined short stories that were connected by a single theme.

“The class had a major influence on me since that was the direction I went with my first film—five short stories that were connected—a little more plot-wise than thematically. I think that idea was something that I wouldn’t have attempted if I hadn’t taken that class,” said Marcks.

Current students have the opportunity to take the screenwriting workshops as well as TV and film-related courses, such as ‘Introduction to Film Studies,’ ‘Topics in Film Studies,’ ‘The Visual Story: Filmmaking for Screenwriters’ and more.

Guest speakers also frequently visit. Filmmaker Gaylen Ross gave a talk in the class, ‘Ringside: Boxing as Sport and Story’ and showed an unedited segment of a clip from “TitleShot,” a documentary she filmed 20 years ago on 16mm film. Ross showed the unedited clip so students could experience the closeness of the relationship between the boxer and the trainer during a match.

Stephanie Haber, a double creative writing and decision science major, said she would have never realized how passionate she is about screenwriting if it were not for Sharon Dilworth’s class, ‘Survey of Forms: Screenwriting.'

“Sharon reached out to an alum who honestly described the industry and what it takes to get into the writers’ room, which was extremely helpful," said Haber. "All of my professors in the English Department have been very helpful and encouraging, too. I feel like I am getting a unique education.”

Along with screenwriting, students have the opportunity to learn how to write poems, short stories and novels in the creative writing program. Or, they can follow in the footsteps of Ralph Guggenheim (DC’74, SCS’79), who created a student-defined major in the Dietrich College to combine filmmaking with storytelling. Guggenheim was a lead producer on "Toy Story" and is a major player in the film animation industry.

Executive Producer of “The 100” Skypes Into Philosophy Class