Dating back more than a century, some Carnegie Mellon University traditions have a Scottish flavor (The Kiltie Band) as a nod to founder Andrew Carnegie. Other experiences blossomed from the minds of students (The Fence).

This kilt-clad student marching band — the self-named "Band Without Pants" — has entertained home football games with songs, chants, cheers and a quirky sense of humor since 1922.

The unofficial university billboard, the Fence is painted between midnight and sunrise by students who then stand guard as long as they want their message to stay. Fun Fact: The original Fence was once the "most painted object in the world" until it collapsed and was replaced by a steel-concrete fence.

The entire community comes together for this four-day festival, Carnegie Mellon's oldest tradition.

A Spring Carnival highlight, students race "buggies," often reaching up to 35 mph. Student groups design and build the aerodynamic cylinders — "pushmobiles," as they were called when the tradition started in 1920.

It doesn't get more Scottish than bagpipes. Carnegie Mellon's Pipes and Drums can be found practicing around campus and performing at formal university events.

Behind the stage of Kresge Theatre senior "dramats" (drama students) sign the walls and ceiling before graduating. Among these young hopefuls: Ted Danson, Blair Underwood and Holly Hunter.

Carnegie Mellon University challenges the curious and passionate to deliver work that matters. 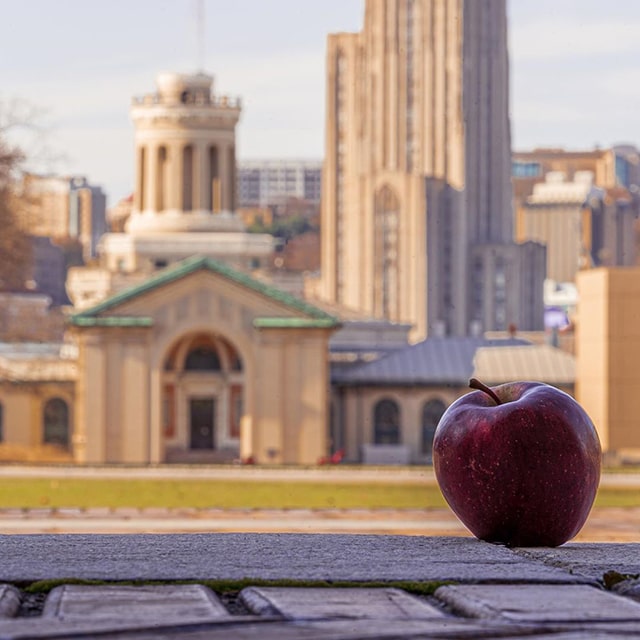