By By Ann Lyon Ritchie

Graduate students Rebecca Lefkowitz and Ramin Akhavijou received competitive study abroad scholarships earlier this year from The Marilyn and Ray Gindroz Foundation. They have returned to Pittsburgh and put their international studies on display in The Gindroz Travel Prize Exhibition, Nov. 16-17 in the College of Fine Arts' Kerr Conference Room.

Akhavijou, a graduate student in the School of Music, performed electronic music, titled "Opera and Composition Based on Sounds from Nature," and Lefkowitz, a graduate student studying urban design, exhibited her drawings and books in "Between Times." 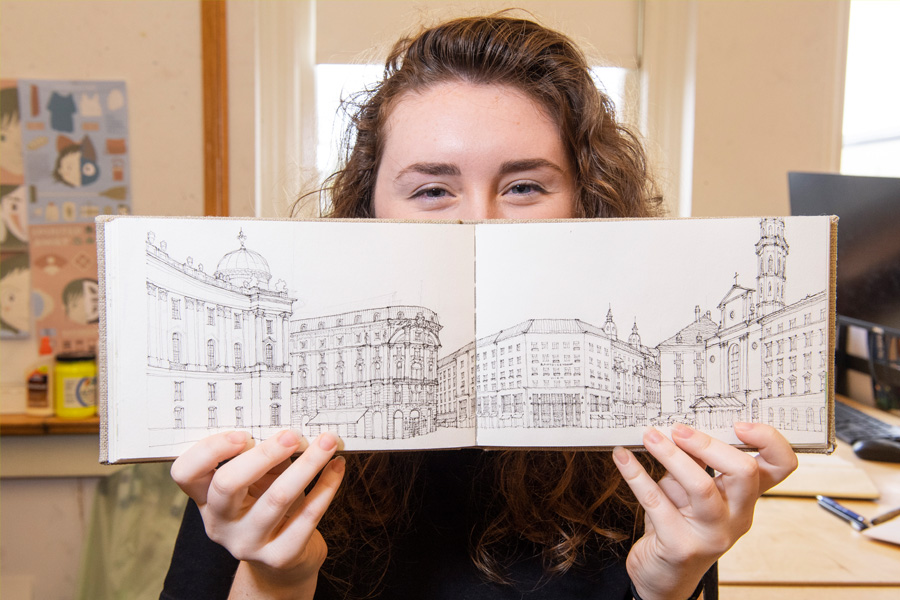 The Gindroz Prize for Travel was established by CMU alumni Ray and Marilyn Gindroz to enrich lives and enhance education through travel and the study of architecture, urbanism and music. It recognizes the life-changing potential of becoming immersed in a different culture, language and environment. Ray, who earned degrees in architecture in 1963 and 1965, and Marilyn, who graduated with a degree in music in 1973, first met in Rome while studying abroad.

"Both of our lives were changed in dramatic and positive ways through travel," Ray said. 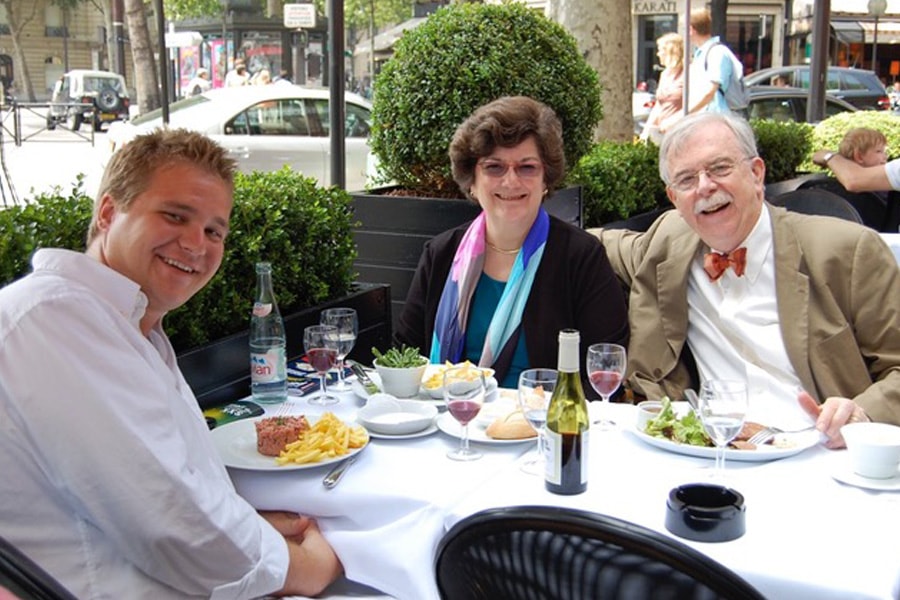 CMU alumni Ray and Marilyn Gindroz (at right) often visit the recipients of the travel awards. In 2007, they saw award winner Michael O’Gieblyn, a 2007 graduate of the School of Music.

"For my study, I proposed to use architectural drawing to study the historical styles in a city and how different styles become revealed or concealed, such as a change in leadership causes huge areas to be rebuilt. I am interested in how the city's historic roots still appear through stylistic juxtapositions," Lefkowitz said.

"Rebecca's work is driven by a genuine intellectual curiosity for understanding how people's behavior shape our cities and how their spaces in turn transform a society's values and relations," said Stefan Gruber, the Lucian and Rita Caste Assistant Professor of Architecture and Urbanism. "There is no better way to study these questions than through hands-on experience and immersing oneself in different urban milieus."

Self discipline is something Lefkowitz practiced on her travels. She completed more than 80 drawings during six weeks of travel.

She always tried the regional food and talked with local inhabitants, which led to an interesting experience in Vienna. A woman saw Lefkowitz drawing in a café and started up a conversation that trailed into politics and Europe. 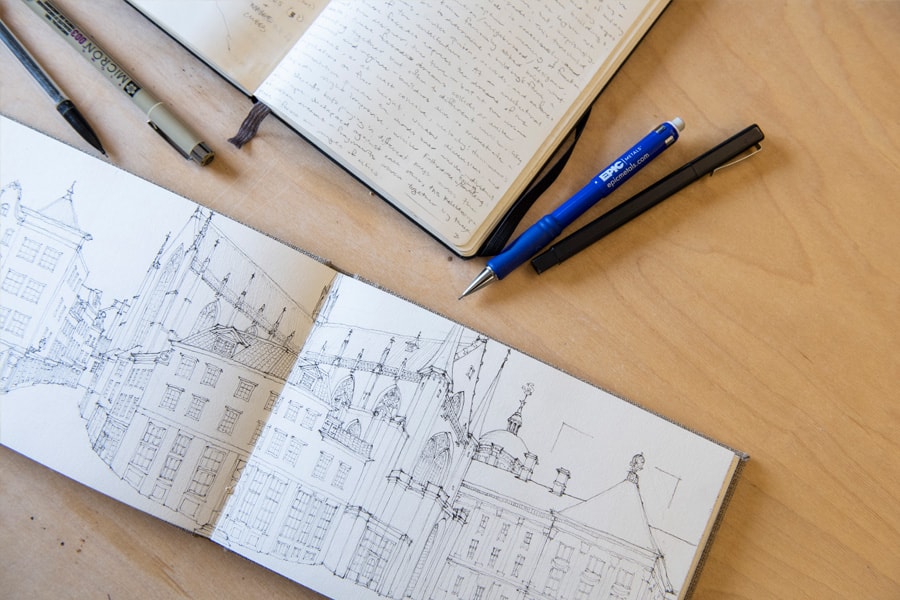 Lefkowitz's studied historical styles in cities and how their roots are still visible as areas transform through time.

"At that moment sitting in an 19th century building, I felt I was participating in a long tradition of the city's intellectual culture," Lefkowitz said.

Akhavijou, whose home country is Iran, sought to gain an in-depth study of classical music in regions where the genre originated. Classical music is essential to Akhavijou's studies, even though he composes music in a modern style.

His goals were to attend classical concerts and meet other musicians, especially composers.

"Visiting with musicians and composers was really useful. As a composer, I need to meet others to share how we think and how we see the world. I met and talked with a lot of people. It was really great," Akhavijou said.
His summer studies included trips to Amsterdam, Berlin, Brussels, Milan, Paris, Prague, Rome and Venice.

"It was really exciting to visit the places that were important to classical music," Akhavijou said.

Reza Vali, a professor of music, describes Akhavijou as one of his best students.

"Ramin's work is wonderful and is being performed at several venues. The experience abroad was a positive influence and the relationships he made with other composers will be important for receiving feedback on his work from peers," Vali said.

Akhavijou is working on an opera that will be performed by the Pittsburgh Opera in April 2019.

The Gindroz Travel Award is a $5,750 stipend given annually to one School of Architecturestudent and one School of Music student. BXA Architecture students also are also eligible to apply. Applicants must submit proposals that combine European travel and independent study in their field of choice.