Carnegie Mellon University alumnus Glen de Vries, co-founder and president of Medidata, has donated $10 million to endow the chair of the dean of CMU's Mellon College of Science (MCS).

The gift by de Vries, a 1994 graduate of the Mellon College of Science who helped create the leading cloud platform for life sciences research, will allow MCS Dean Rebecca Doerge and her successors to invest in fundamental sciences, in interdisciplinary initiatives, and in faculty and students.

In recognition of this transformational gift, the university will create the Glen de Vries Dean's Chair. 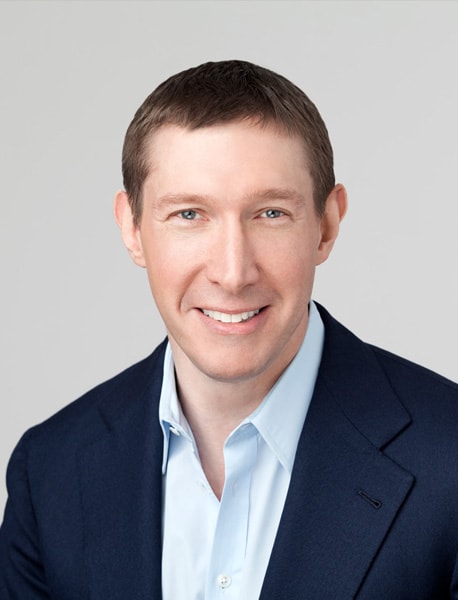 "Foundational science and math are at the core of CMU's education and research, and we are deeply grateful to Glen for ensuring that Dean Doerge and those who follow her will have the critical resources they need to advance the Mellon College of Science," Interim President Farnam Jahanian said. "Since graduating from MCS, Glen has built an extraordinary career at the intersection of science, business and medicine, and his work has revolutionized how we conduct medical research. His decision to give back to CMU at this time inspires all of us."

The gift will provide resources to the Mellon College of Science — which includes the biological sciences, chemistry, mathematical sciences and physics — to support promising initiatives, like interdisciplinary research into topics such as materials science, neuroscience and energy studies that link MCS to other areas of strength across the university; to recruit top students and faculty; and to expand MCS's research and instructional infrastructure.

"CMU had a profound effect on me, personally and professionally," de Vries said. "It is an incredible privilege to support the university, and to help perpetuate the dynamic learning environment in and around MCS."

The Mellon College of Science's research in foundational science is strengthened through the interdisciplinary nature of CMU, which encourages scientists to approach scientific questions using techniques from fields such as computer science, data science, automation and engineering.

Doerge, an interdisciplinary researcher whose own research spans biological sciences, statistics and data science, will be the first recipient of the Glen de Vries Dean's Chair. She was installed as dean of the Mellon College of Science in the fall of 2016, having previously been the head of the department of statistics at Purdue University.

"Glen is quintessentially CMU. He combined his expertise in biological sciences with computer science and data science along with his entrepreneurial spirit to address a pressing problem in health care," Doerge said. "He is truly an inspiration to all of our students, proving that there is no limit to what can be done with a CMU degree."

"Glen's historic gift is a resounding endorsement of the Mellon College of Science's importance to both Carnegie Mellon and the broader research community, and will allow us to take to the next level our commitment to an interdisciplinary, hands-on culture that molds students into supremely educated, well-rounded 21st century scientists and fosters innovative research," she added.

A New York native, de Vries received his undergraduate degree in molecular biology and genetics from Carnegie Mellon. He then worked as a research scientist at Columbia Presbyterian Medical Center and studied computer science at New York University's Courant Institute of Mathematics before starting Medidata in 1999.

Medidata is a life sciences technology provider that greatly enhances the way clinical research is designed, conducted and analyzed. Its integrated cloud-based platform is used by more than 950 organizations, and powers clinical trials for 18 of the world's top 25 global pharmaceutical companies and 18 of the top 25 medical device developers. In less than 20 years, it has grown from just two employees to about 2,000 employees in 14 locations and more than half a billion dollars in revenue annually. Medidata's software has supported more than 13,000 studies involving nearly four million patients.

In 2017, de Vries received the CMU Alumni Achievement Award. He is a member of the Carnegie Mellon University President's Global Advisory Council, and has returned to campus numerous times to speak with students and faculty, as well as recruit alumni to work at Medidata. He was an invited panelist during the university's recent 50th Anniversary Celebration at Homecoming Weekend. De Vries' previous philanthropy at CMU includes an endowed Presidential Fellowship in the biological sciences.

He is a Columbia HITLAB Fellow, a member of the Healthcare Businesswomen's Association European Advisory Board, and serves on the board of the Young Scientist Foundation, which prepares high school students for success at the university level through training and mentorship.

The Future of Science at CMU is Now