In the popular imagination, art and science are often viewed as polar opposites — science as an objective discipline and art as a subjective discipline. A new class taught by Rich Pell, an associate professor in the School of Art, and William Hatleberg, a postdoctoral researcher in biological sciences, aims to dispel this false dichotomy and show students how these two disciplines can work together.

Pell said that historically, art and science were seen as part of the same grand project: trying to understand the world. Over the last few centuries, the disciplines have drifted apart as the ideal of a Renaissance man, or a person who develops skills across all areas of knowledge, has given way to the preference of developing expert knowledge in one field.

Hatleberg said that both art and science retain the same goal of building a model of reality to try to understand who we are, why we are, and our place in the world, although they often do so in different ways.

"These big picture questions require a more expansive thinking outside of the boundaries of discipline," Pell said. "I'd argue both art and science are unable to answer these questions on their own."

Both professors said each discipline has things that it can teach the other. While science is often focused on categorization and differentiation, Pell said that "art gets to roll with contradiction and often looks to the spaces between categories in ways that can drive scientists crazy." On the other hand, artists can adapt both scientific tools and scientific methodology to expand their artistic practices.

"To me it's about blinders," said Pell, "It's about expanding your focus, and to what extent you allow information from the periphery to come in."

"The thing I'm most excited about in this course is showing that there are a lot of commonalities between art and science," Hatleberg said. "Scientists rely more on subjective decision making than most people acknowledge while artists often have a greater degree of methodology in their practice than many people think."

For example, scientists are taught that the scientific method is an entirely rational and objective process, but this cannot be true because there are parts of the process where scientists need to make subjective choices. "Scientists are driven by emotions in a lot of the same ways as artists," Hatleberg said. 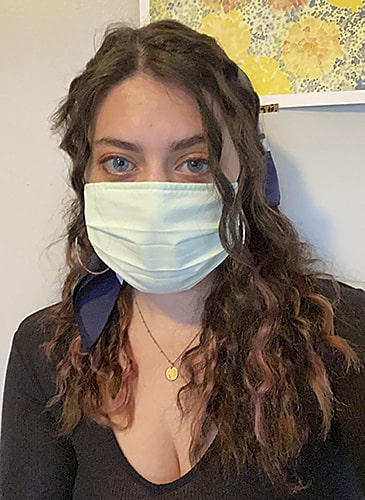 The course combines critical readings, lectures from both professors and visitors, discussions, in-class activities and creative projects that challenge students to examine the meeting points between the two disciplines. Students are encouraged to not only consider the philosophies behind art and science, but to reflect on how each many influence their personal scientific research and/or artistic creation.

Iz Horgan (left), a School of Art junior, said the class has expanded how she thinks about herself as an artist. "You don't have to be fully a scientist or an artist and you can slide across that scale. That's not something I ever thought about before," she said. 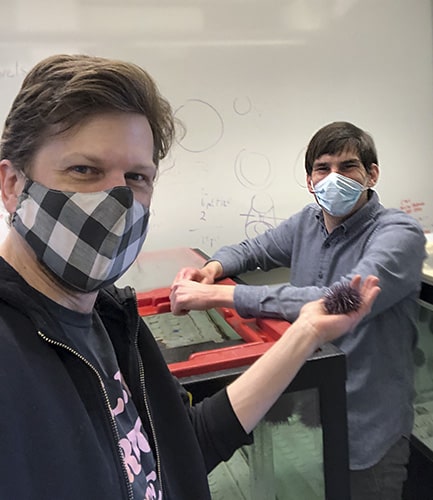 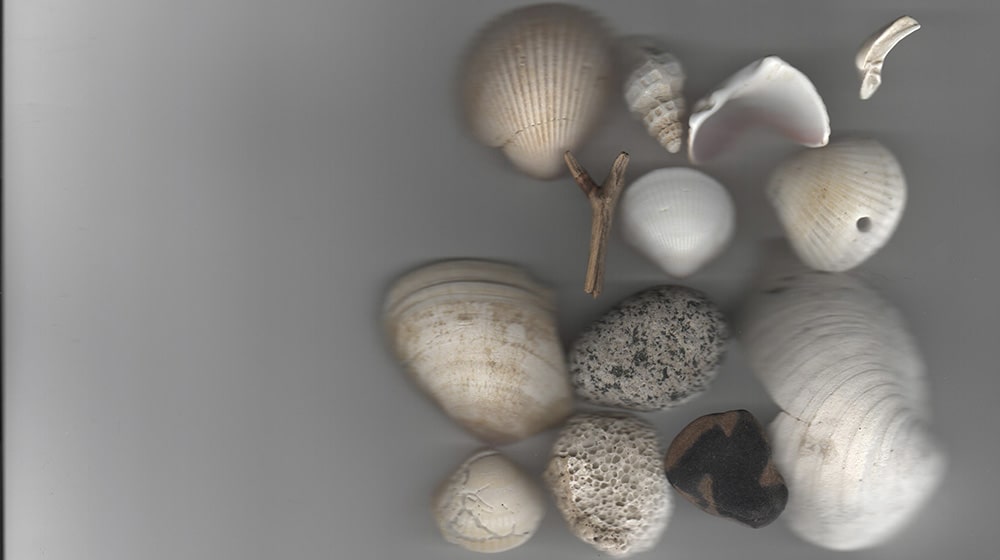 This piece by Neve Monroe-Andreson's is from a class project on cataloging. 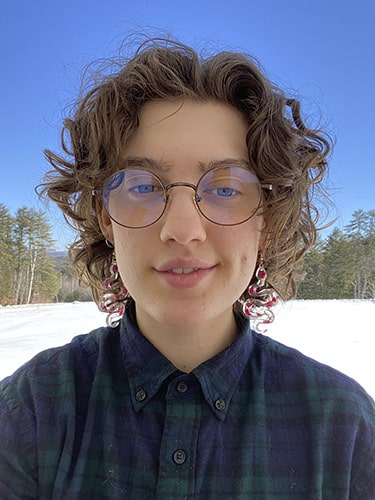 Neve Monroe-Anderson, (right) another School of Art junior, agreed. Although he has taken many science courses, he said that this class has "pushed me to see the applications of STEM fields beyond what's being taught in science classes."

Both Horgan and Monroe-Anderson cited the lively class discussion as especially fruitful in expanding their thinking. Horgan, who is studying in Pittsburgh, said that she appreciated how engaging the class has been, even though they meet over Zoom rather than in person. According to Horgan, artworks they look at in class spark lively conversations around ethical issues of both science and art. "The chat is wild," she said. "People are always typing in the chat."

Monroe-Anderson, who is studying in Vermont, said that the class has sparked so many ideas for collaborations when he returns to campus in the fall. The class has shown him ways that artists and scientists can work together, and he said that he's excited to collaborate with others outside the School of Art in the future.