The bacterium Streptococcus pneumoniae (pneumococcus) is the prime causal agent of pediatric ear infections. Yet, in some cases, it can also cause eye infections.

In a study recently reported in mSphere, the team investigated whether pneumococcal strains can gain new genes and in doing so spread to the human eye.  Utilizing a large collection of patient strains assembled by Kowalski, they analyzed pneumococcal genomes sampled from various types of eye infections.

The analysis revealed a set of genes associated with strains that cause conjunctivitis but not other pneumococcal diseases. Irena Antic, a postdoctoral fellow in the Hiller lab, joined forces with the Shanks group and found that presence of a specific gene from this set increases adherence of this bacterium to human eye cells involved in conjunctivitis.

So where did this gene come from? Evolutionary analysis carried out in collaboration with computational biologists in the Durand lab showed that this gene was acquired from Streptococcus suis, a distantly related species commonly found in pigs. The results of this study provide a compelling example of how acquisition of a novel gene can promote bacterial expansion into a new niche in the human body. 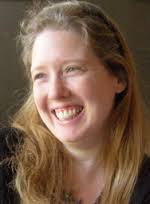