Dunk-a-Dean is back! Carnegie Mellon University deans will be heading to the dunk tank on Friday, April 20 on the Midway near the entrance to Doherty Hall.

Sponsored by Carnegie Mellon's University Police Department, Dunk-a-Dean aims to raise awareness and funding for the Special Olympics of Pennsylvania. The top three pledges get five minutes to try and dunk a dean as many times as possible, and 15 minutes will be available for walk-up dunking.

Last year, the College of Engineering raised the most money for Special Olympics. To make things more interesting this year, Dean James H. Garett, Jr. challenged other deans to participate, and eight of the Pittsburgh campus deans have accepted. The college raising the most money will be awarded the Dunk-A-Dean Loving Cup to proudly display for the year.

Pledges will be accepted until 5 p.m. Thursday, April 19 and can be emailed to Det. Joe Bernarding at joebernarding@cmu.edu. A daily pledge total is available for tracking.

Meanwhile, the schools and college are having some fun promoting the event on social media.

The Dunk-a-Dean Challenge is back for 2018! Help Dean Krishnan raise money to support @SpecialOlympiPA and earn the title of 2018 Dunk-a-Dean Champion! See the flier below for details on how you can pledge and participate: #CMUCarnival #CMUHeinzCarnival #MythsAndLegends pic.twitter.com/9nE38mLtqO

Last year, School of Computer Science Dean Andrew Moore was among the deans who took the plunge.

Get ready for the 2nd annual Dunk-A-Dean this Friday. @awmcmu takes his place on the hot seat again at 4 p.m. in front of Doherty Hall pic.twitter.com/3SM6Kugukl

Last year's @CMUPolice Dunk-A-Dean Champion, @James_H_Garrett, talks about winning the "Stanley Cup of Academia" and the good-natured fun had by the @CarnegieMellon Dean's in an effort to raise money for the @specialolympipa. Pledge now! KEEP THE CUP IN CIT! pic.twitter.com/0LbTc9tGKz

@James_H_Garrett says the Dunk-A-Dean trophy is the Stanley Cup of Academia? Well, MCS knows a thing or two about the Stanley Cup. Game on, @cmuengineering. We got this. 💪Come out and help MCS win Dunk-A-Dean! Dean Doerge will be in the tank on Friday at 1:30 p.m. pic.twitter.com/bckEg5gZP9

Fair enough. Enjoy the trophy while you can, Dean @James_H_Garrett. Pretty soon Mr. Big will be drinking out of that cup in MCS! #cmuscience #cmucarnival @CMUEngineering @CarnegieMellon https://t.co/bWqIAxNfbd

The Dietrich College of Humanities and Social Sciences also got into the conversation.

Excuse us, @CMUScience, but we are pretty sure no one at CMU knows about the #StanleyCup better than #CMUDietrich's @CMU_Stats and @stat_sam. That being said, may the best dean win Dunk-a-Dean! (Visit link for our vote and how to help!) https://t.co/ooigeKivGB #cmucarnival https://t.co/ey09HnHSax

#FBF Who remembers dunking #CMUDietrich's Dean Richard Scheines at last year's Dunk-a-Dean? Dean Scheines will be back in the hot seat on Friday, April 20, at 1 p.m. Learn more and make a pledge: https://t.co/ooigeKivGB #cmucarnival pic.twitter.com/WSt6EibQu2


But that doesn't mean they're not hedging their bets ...

We're sure that Dean Scheines will win (obviously), but if not, and it's Dean Doerge with the upset, it's still a win for @CMU_Stats since she's a member of our faculty! #cmustatwins #CMUCarnival #DunkaDean https://t.co/Q4W4XyMtoc

... or that others don't have their eyes on the prize

Our dean is in training for Friday's Dunk-A-Dean; see the video: https://t.co/7pTXOK5AtJ When you pledge to joebernarding@cmu.edu, please state that it's an SCS pledge. (Hate to see @awmcmu's hard work go for naught) All proceeds benefit Special Olympics. Be there at 4 pm Friday pic.twitter.com/qV1CMwvA6n

In the end, everyone wins because the good-natured event raises money for a great cause. Uniformed members of CMU's Police Department will also be dunked during Spring Carnival. Last year, the dunk tank raised $5,000 for the Special Olympics of Pennsylvania.

The CMU Police Department and Carnegie Mellon have worked with the Special Olympics for many years. For the third consecutive year, Carnegie Mellon hosted the Pennsylvania Special Olympics Western Spring Sectional on April 14. More than 500 special olympians, 8-years-old and over came to campus to compete in basketball, track & field, swimming, tennis and golf. Leading the university-wide effort in partnering with the Pennsylvania Special Olympics to host the games are CMU Police, the Department of Athletics and the CMU ROTC program.

Uniformed members of the University Police Department also will be dunked from 3:30-7 p.m. Thursday-Saturday. All proceeds will support the Special Olympics of Pennsylvania. At left is last year's Dunk-a-Dean champion Dean Garrett. 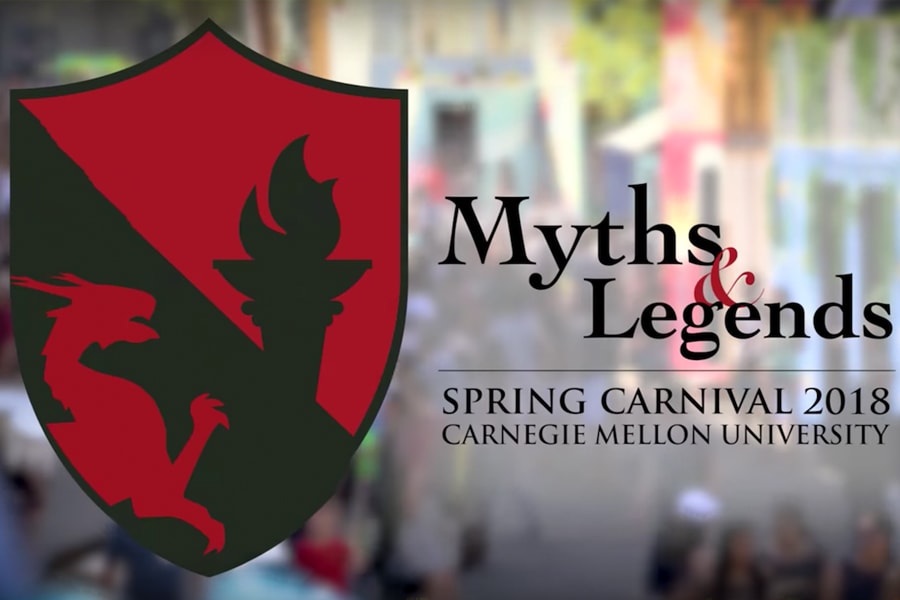 It's No Myth, Carnegie Mellon's Spring Carnival Is Legendary 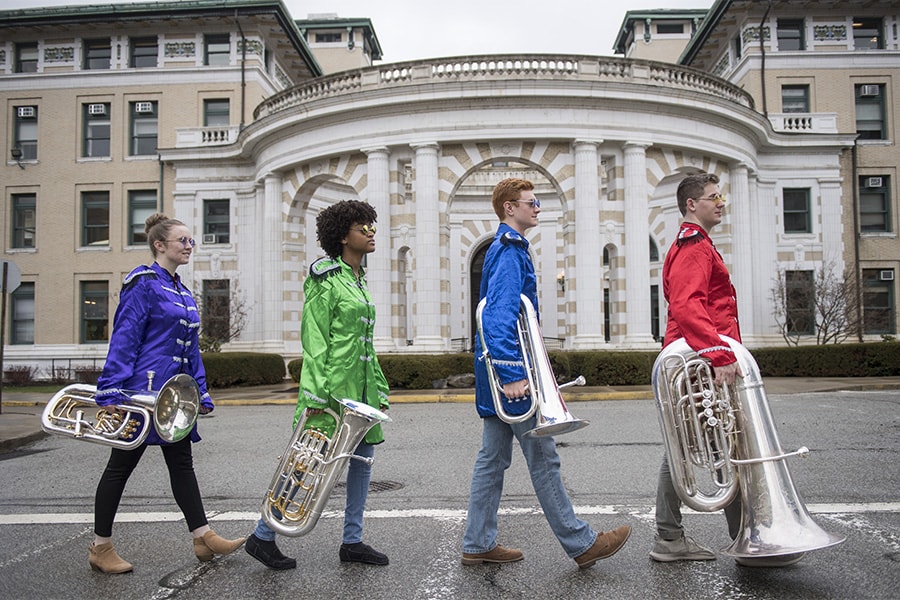 Musicians Create Beatles Concert with a Little Help From their Friends 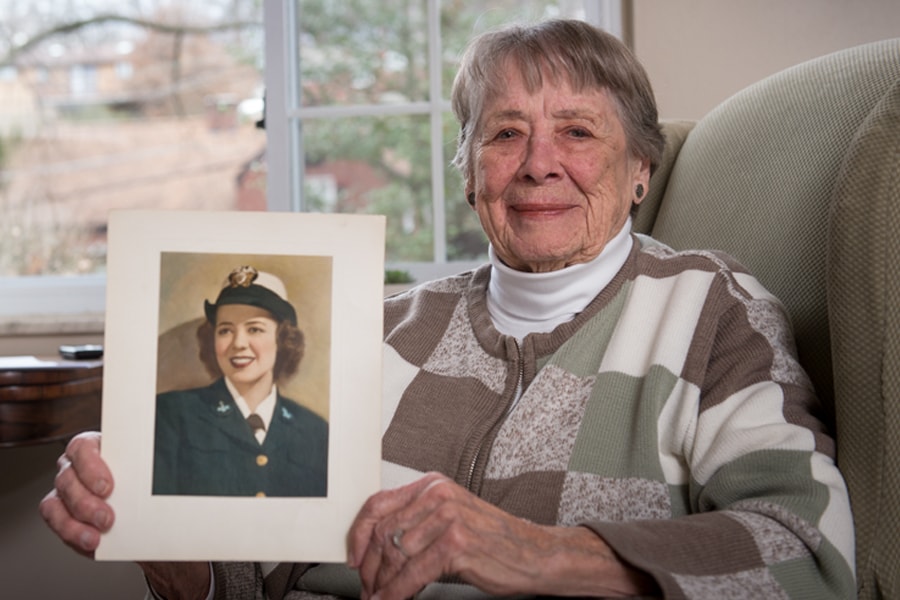