On their big day, Carnegie Mellon University graduates typically hear from one noteworthy guest who delivers a memorable address.

But the Class of 2020 received a send-off like no other. More than a dozen acclaimed alumni surprised graduating Tartans during CMU's first-ever virtual conferral of degrees ceremony.

Thirteen of Carnegie Mellon's high-profile alumni came together on Sunday, May 17, to lend their time, voices and support to the newest Tartan graduates. The group made cameo appearances alongside CMU leadership throughout the 30-minute ceremony, providing inspiration, advice and a bit of humor.

"I'm sorry that we're not all together in one spot, which would have been way more fun. The good news is that we don't have to wear pants," said actor and activist Ted Danson (CFA 1972), who led off the ceremony. "I'm so excited for all of you, and I hope we all get to work together someday. And to the rest of you who may be biologists, engineers and scientists: please save our lives."

The alumni guest appearances had been a closely-kept secret for more than a month. The process began in March, when members of the University Advancement and Marketing & Communications teams began brainstorming ideas of how to celebrate the Class of 2020 after commencement exercises were postponed. Ceremony organizers soon developed a list of CMU alumni, hoping they would play a role in the virtual conferral by sending video messages. The support was immediate and overwhelming: all 13 of the alumni agreed to participate.

"The response from this group of alumni is inspiring," said Scott Mory, CMU's vice president for University Advancement. "The passion of Carnegie Mellon's global alumni community is unparalleled, as is its consistent compassion for our students. Their participation during our degree ceremony is a fitting way to celebrate the Class of 2020 on a day that won't soon be forgotten."

The virtual ceremony, which debuted on Sunday morning, is a mix of "official business" from President Farnam Jahanian, Provost Jim Garrett, deans, student speakers and others, along with random drop-ins by famous faces.

"Congratulations on all the hard work you've done to get to this point," said Luis Von Ahn, (CS 2003, 2005), CEO and co-founder of Duolingo, Inc. "The worst is over — you will likely never have to work this hard again. You have been blessed with superior intellect and an amazing education, so please go out into the world and make it a better place."

"Whether you're in Australia, Canada, Allegheny County or San Juan, Puerto Rico, we have all made it together," said Carmen Yulín Cruz (Heinz 1986), mayor of San Juan. "My generation did the best we could, but it is up to you to make a simpler, better and more equitable world. Whatever you do with your life, make sure that you give it your all. After all, you're a CMU graduate."

"You've had one of the best educations ever at CMU, and I'm sure you're going to have great success in the future," said David Tepper (TPR 1982), president and founder of Appaloosa L.P. "Go get 'em."


Susie Lee (DC 1989, HNZ 1990) represents the third district for Nevada in the U.S. House of Representatives.

Producer and actor Tamara Tunie (CFA 1981) also serenaded the graduates with a version of Charlie Chaplin's "Smile" to wrap-up the conferral. The video ended with Billy Porter (CFA 1991) doing his best Ferris Bueller imitation, telling the graduates that the ceremony was officially over and it was "time to go celebrate and take over the world."

The celebrity appearances were just the latest example of Carnegie Mellon's 112,000 alumni coming together to support the Class of 2020 and CMU community. Hundreds of Tartan alumni have sent in written messages and recorded videos of congratulations in recent weeks. Carnegie Mellon's Alumni Association spearheaded the effort, reaching out to the CMU community around the globe.

The posts are shared on a new Class of 2020 page on the Alumni Association website, which will be updated with notes of encouragement in the days and weeks to come.

Senior Managing Director at Valstone Partners, LLC., Larry Jennings (MCS 1984, TPR 1987) is a member of CMU's Board of Trustees.

"It's heart-warming to see our alumni come together to support our new graduates as they conclude their final semester, which was full of challenging and unpredictable circumstances," said Gina Casalegno, vice president for student affairs and dean of students. "As they step out into the world, the Class of 2020 can be certain that the global CMU community of Tartans stands ready to assist and embrace them."

Earlier this semester, the CMU Alumni Association and Office of the Dean of Students partnered to establish the Tartan Emergency Support Fund (TESF), which is offering alternative financial assistance to students in acute need and helping to bridge the gap at this critical time. More than 1,600 alumni, parents, faculty, staff and friends have generously given more than $345,000 to support the university's COVID-19 response, including gifts to the TESF, CMU University Health Services and initiatives in the colleges and schools. In addition, student leaders have reallocated nearly $200,000 from student government and organization budgets to the TESF, with another $100,000 allocated to university's food insecurity fund.

"I'm so proud to be part of this dynamic community of Tartan alumni and how they continue to support our students in so many ways," said Alex DiClaudio (Dietrich 2009, Heinz 2011), president of the CMU Alumni Association. "These graduates have bright futures ahead of them as leaders, creators, makers and innovators, and I join my fellow alumni in congratulating them on moving into the next stage of their journey."

The CMU Commencement website has posted the pre-show and conferral program. The 13 messages from CMU alumni also can be viewed separately and in their entirety. 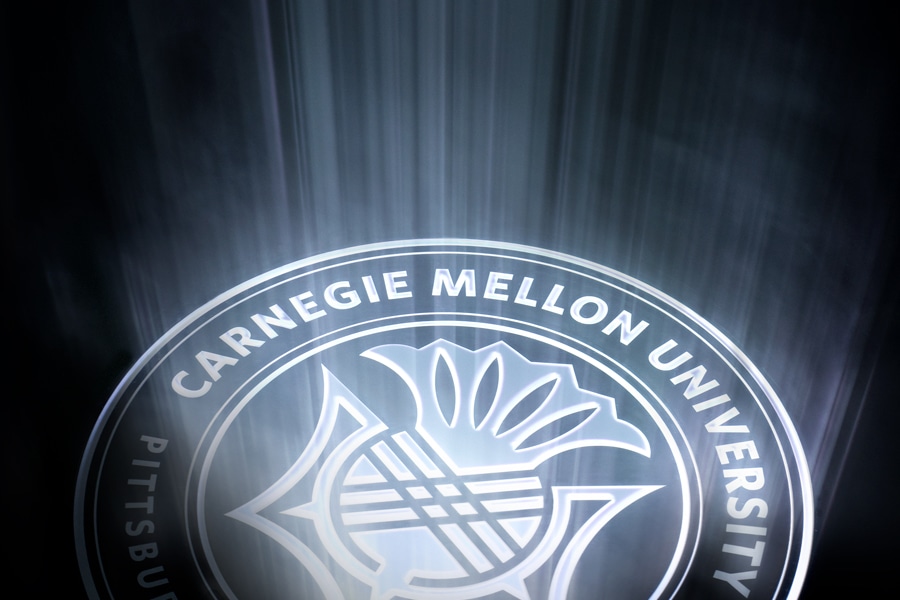 
Alumni Association President Alex DiClaudio reminisces over his Tartan journey, talks @Pittsburgh Dad, and welcomes the Class of 2020 to the alumni family.