On Saturday, Feb. 13, 2021, more than 60 Carnegie Mellon University first-year students logged in to a four-hour virtual event to kick off this year's Emerging Leaders program, a 20-year-old CMU tradition that blends direct service with leadership education. The goal is to help form leadership foundations in those who go on to helm the university's student government, student organizations, academic programs, athletic teams and research initiatives.

Most years in January, Student Leadership, Involvement and Civic Engagement (SLICE) takes approximately 75 Emerging Leaders out of Pittsburgh to Camp Guyasuta for a weekend of bonfires and bonding before returning to hands-on service projects for the rest of the semester.

That was, of course, before a pandemic. Faced with physical distancing requirements and COVID-19 mitigations, SLICE associate director Elizabeth Koch worried about the Emerging Leaders program.

"Campus activities have been really hit or miss in terms of participation, and SLICE has had lots of feedback that students don't feel connected or able to be on Zoom beyond their coursework," said Koch. "Our students love the spring retreat because it's this quintessential camping experience in the woods that's unique from the rest of their college experience on an urban campus. No part of our curriculum or programming would translate to a virtual retreat."

In order to deliver an engaging program, Koch collaborated with a working group from Student Affairs, including experts in current leadership curriculum, learning and development, and assessment. She also revised the job descriptions for the two student team leaders she had hired initially to "refresh" the curriculum.

"Our undergraduate team leads got the chance of a lifetime to partner with us and totally re-imagine Emerging Leaders," Koch said. "We had partners everywhere, from athletics coaches to the assistant director of Pre-College, helping us create an entirely new program — the retreat itself, a new social impact project concept, and a seven-week curriculum to replace the in-person retreat and direct service elements."

One of the team leads, senior biological sciences major Josiah Saunders, became involved in Emerging Leaders as a first-year student because he wanted to meet people on campus and build skills to help him run an organization he was forming for Christian students. He stayed involved in part because of how the program was structured.

"I saw a different kind of leadership, more relaxed and relational, and that really connected with me," Saunders said. "Community service has always been important to me, and I liked that focus of Emerging Leaders as well."

Saunders has found the best way to get to know other students has been to work collaboratively with them toward a larger goal or project, and while he initially felt intimidated by the responsibility of recreating the Emerging Leaders curriculum, he was eager to help develop something engaging that still helped students build the core principles of Emerging Leaders.

Fellow team lead Emily George, a junior statistics and data science major, enjoyed the opportunity to brainstorm different ways to bring the energy of an in-person camp experience into an online environment, where students were logging in from different time zones and continents.

The new program includes interdisciplinary elements and buy-in from throughout the university. Koch especially loved building upon the core competencies CMU is developing to define skills across disciplines to guide the students in their small group work and evaluate their final social action project proposals.

Rather than front-load students with social change theory leadership curriculum at the retreat, the revamped program focused on conversation, identity and personality traits over the weekend. The next seven weeks will include short, interactive activities like scavenger hunts to identify campus resources or reflection exercises following a discussion of diversity, equity and inclusion.

Bea Kim, a first-year student studying chemical engineering remotely from South Korea this year, said the retreat "was my first time making new friends outside of my classes. Everyone's contribution was important, and everyone had cameras on and was talking in the breakout rooms," said Kim. "Sharing our ideas mattered."

Saunders says the retreat asked all participants to be vulnerable in ways they don't necessarily see in their classes. "Often, you can go an entire class with your camera off and your microphone muted. We asked students to interact, listen and show their faces." Saunders said the built-in reflections during the retreat not only helped encourage engagement, but also brought forward a key element of Emerging Leaders. "It's essential to know yourself in order to go and lead others," Saunders said.

"Success in a virtual event is all about the tone you set," said George, who worked intentionally to set the mood throughout the retreat with everything from introductory music to making sure she and Saunders led by example.

"We wanted to create a safe space for the first-year students to get to know each other and talk, so we made a point of being very vulnerable ourselves when it was time to share," George said.

Koch observed students sharing personal stories, talking about their own development as leaders and discussing their identities, whether that included privileged or underrepresented groups.

"They were sharing with one another how they planned to work together, knowing all these things about one another, and brainstorming how to be effective leaders," said Koch. "Something truly magical happened and it bucked every trend. We are delighted."

"I haven't seen that much engagement in even my small courses," said George.

First-year School of Computer Science student Gael Hyppolite notes that for incoming students, "everything is online and has been for a long time now," so there was no real sense of loss to learn Emerging Leaders would be a virtual event.

Hyppolite is enjoying the challenge of working together with other students to figure out meaningful ways they can perform community service, even if some students are contributing from other time zones.

"Emerging Leaders asked us to really think about questions like if you're leading a group of people, how do you get them to do things without being forceful," said Hyppolite. "And they really wanted input from everyone, so it was easy to share as I was seeing that everyone was really thinking about the same things."

Coleman Isner, a first-year student in the David A. Tepper School of Business, said one of the strengths of the retreat was the ways it leveraged technology and the students' comfort level with it.

"It was one of the first Zoom experiences where I felt energized by the conversations rather than fatigued," Isner said.

Koch, Saunders and George were likewise ecstatic when they debriefed after the retreat. Koch said, "Every little detail was so intentional and well-executed. Emily and Josiah are such thoughtful leaders. They were a huge, huge help creating something meaningful."

For much of the spring semester, Emerging Leaders will continue to work in their small groups to complete program modules and pitch social impact projects Shark Tank-style to a panel of judges that includes the non-profit CEO who was the keynote speaker at the retreat. Whether students want to explore food insecurity, raise awareness of the minimum wage debate or assist in picking up litter around campus, they will focus on how to educate themselves on an issue and the community they hope to impact, find the right partners, and inspire others to act alongside them. 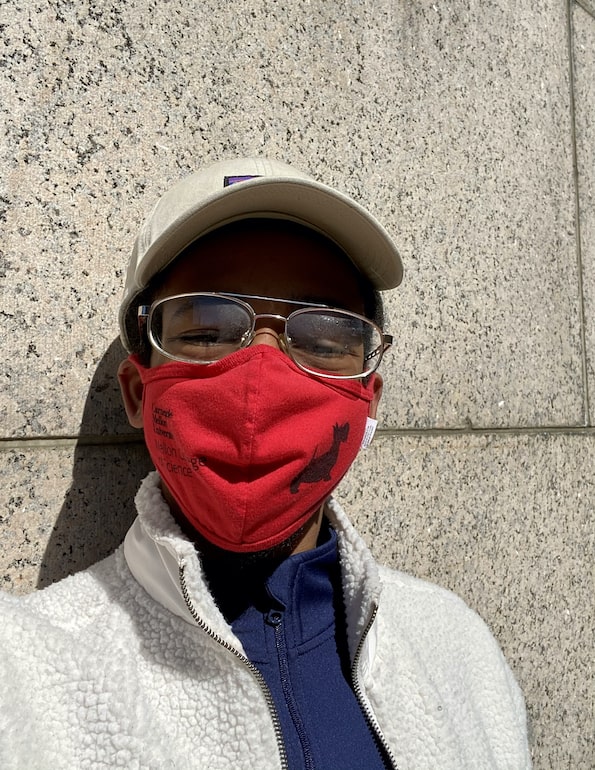