The Tony Awards has announced that Melody Herzfeld of Parkland, Florida, has been named the fourth recipient of the Excellence in Theatre Education Award. The Tony Awards announced the news with higher education partner and award presenter Carnegie Mellon University. Herzfeld, a drama teacher at Marjory Stoneman Douglas High School, will receive the award at the 72nd Annual Tony Awards on Sunday, June 10, at Radio City Music Hall in New York City.

"Carnegie Mellon University is proud to be shaping the next generation of artists and performers whose passion for the arts is first ignited by teachers like Melody Herzfeld, this year's recipient of the Excellence in Theatre Education Award." — Carnegie Mellon President Farnam Jahanian

The Excellence in Theatre Education Award recognizes a K-12 theatre educator in the U.S. who has demonstrated monumental impact on the lives of students and who embodies the highest standards of the profession. A panel of judges comprised of the American Theatre Wing, The Broadway League, Carnegie Mellon and other leaders from the theatre industry selected Herzfeld from finalists across the nation. Herzfeld will receive $10,000 for her theatre program and tickets to the Tony Awards and Gala.

Melody Herzfeld is the director of the Marjory Stoneman Douglas High School Drama Department, where she has been teaching drama since 2003 and has produced over 50 productions. She has produced the Children's Theatre Project since 2003 and has received countless Critics' Choices and state selections to represent their district in Thespian competitions. Her theatre program has also received many South Florida Cappies in performance and technical theatre; the award celebrates excellence in regional student theatre and journalism. Stoneman Douglas consistently has earned Cappies Critics' Team recognition throughout the years. Herzfeld is the recipient of the Thespis Award 2018 EdTA, from the Education Theatre Association.

Melody has been married to Richard Herzfeld for nearly 30 years, and she is the mother of Richard, a special education teacher at Marjory Stoneman Douglas High School, and Alec, a senior at Florida Gulf Coast University.

On Feb. 14, when the unthinkable happened at Stoneman Douglas, Melody Herzfeld and 65 of her students hid in her office for two hours until authorities led them to safety. From this event many of her students felt a call to action speaking out and using their voices. Others took to theatre and music as a way to express how the experience affected them. Under her guidance, her students performed an original song titled, "Shine," at the CNN Town Hall on Feb. 21, giving the whole nation a feeling of hope.

"During a normal given time I would say that I am truly humbled and grateful for this recognition for the work I have done, however the way that my students have taken to action through speech, performance and passionate honesty it now means so much more," Herzfeld said. "My work is being reflected through my students, as it is every day with every arts teacher around the world."

"Melody is a true inspiration to her students and to all of us in the theatre community and beyond. Theatre is transformative — it has the power to celebrate the best of times, and it has the power to help heal us and comfort us in the worst of times. We are honored and humbled to present the Excellence in Theatre Education Award to Melody this year," said Charlotte St. Martin, president of The Broadway League, and Heather Hitchens, president of the American Theatre Wing.

"Carnegie Mellon University is proud to be shaping the next generation of artists and performers whose passion for the arts is first ignited by teachers like Melody Herzfeld, this year's recipient of the Excellence in Theatre Education Award," said Carnegie Mellon President Farnam Jahanian. "This award, now in its fourth year, shines a national spotlight on arts education and the vital role theatre educators play in helping students embrace their creativity and realize their potential. Carnegie Mellon is delighted to recognize all that Melody has done to impact the lives of her students over the years and we offer our sincere congratulations to her on this honor."

The Tony Awards, hosted by Sara Bareilles and CMU alumnus Josh Groban, will be broadcast in a live three-hour ceremony from Radio City Music Hall on the CBS television network on Sunday, June 10.

Earlier tonight, we were honored to recognize Melody Herzfeld with the 2018 Excellence in Theatre Education Award with @TheTonyAwards. Watch her moving acceptance speech below. #applaudmyteacher #cmutonys https://t.co/yucD7NdzNL 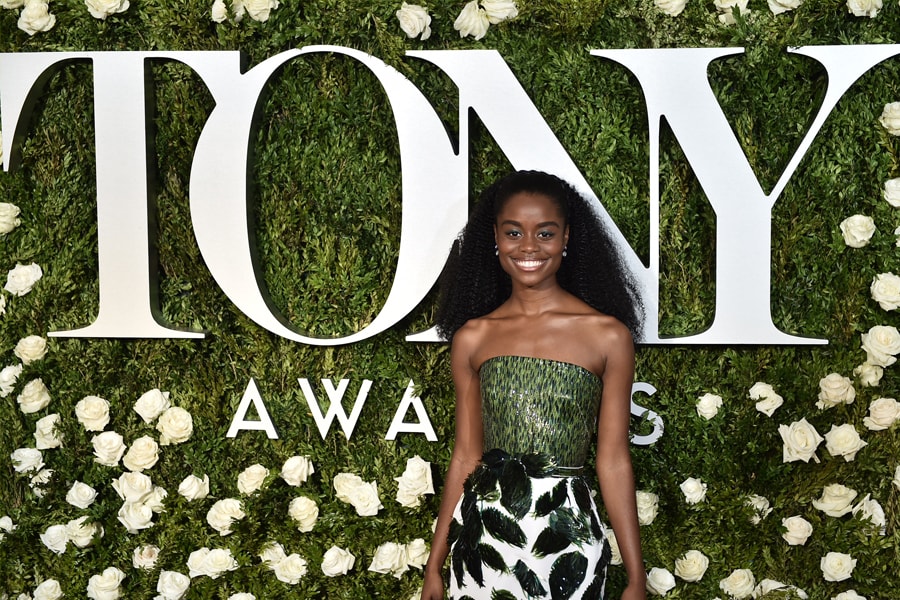