Leslie Odom, Jr. and Renée Elise Goldsberry each received Tony Awards for their roles in "Hamilton."

Goldsberry and Odom, Jr., received two of the 11 Tony Awards bestowed on the musical "Hamilton," which was nominated for a record 16 Tonys.

Goldsberry, a 1993 graduate, earned her first Tony Award for best performance by an actress in a featured role in the musical "Hamilton," where she played Angelica Schuyler. Goldsberry boasts a multitude of film and stage credits and most recently held a recurring role on CBS' "The Good Wife." She starred in the 2001 film "All About You" and has been frequently recognized for her outstanding roles in daytime television. Her Broadway credits include "The Lion King," "The Color Purple" and "Rent."

Odom, Jr. took home his first Tony Award for best performance by an actor in a leading role for his portrayal of Aaron Burr in "Hamilton." After making his Broadway debut at the age of 17 in "Rent," he graduated from CMU in 2003 and held recurring roles in numerous television series. In 2015, he was nominated for a Drama Desk Award for "Outstanding Featured Actor in a Musical" for his role in the then off-Broadway production of "Hamilton."

"We are very proud of Renée and Leslie for the great work they've done on Broadway and throughout their careers," said Dan J. Martin, dean of CMU's College of Fine Arts. "Thanks to a firm foundation in K-12 arts education and the benefits of Carnegie Mellon's conservatory training, our graduates continue to achieve great things and the Tony Awards are one example of that success."

In addition to the wins by Goldsberry and Odom, Jr., CMU alumni Jamie DeRoy, Peggy Eisenhauer, Jules Fisher, Megan Hilty and Ann Roth were nominated for Tony Awards this year.

During the Tony Awards broadcast on CBS, Carnegie Mellon and the Tony Awards announced that Marilyn G. McCormick, a teacher at Cass Technical High School in Detroit, won the Excellence in Theatre Education Award. She was recognized during the show by another CMU alumnus, Blair Underwood, who introduced McCormick from the audience. The award is the first, national recognition program to honor kindergarten through high-school (K-12) theatre educators who demonstrate a monumental impact on the lives of students and who embody the highest standards of the profession. Nearly 1,200 nominations were received from across the United States for the award.

A 1972 graduate of Cass, McCormick has been teaching English and speech classes there since 1977 and began supervising drama shortly after. She has directed close to 50 productions including musicals, contemporary and classical plays and original works.

A panel of judges comprising representatives of the American Theatre Wing, The Broadway League, Carnegie Mellon and other leaders from the theatre industry selected McCormick for the award. Goldsberry and CMU School of Drama Head Peter Cooke were two of the seven people serving on the judging panel, with Goldsberry personally traveling to Detroit to deliver the good news to McCormick and her students.

CMU is the first, exclusive higher education partner of the Tony Awards. Carnegie Mellon's School of Drama is the oldest drama degree-granting program in the United States and celebrated its centennial in 2014. Recognized as an international leader in the arts and technology, CMU's Drama School consistently ranks as one of the world's best and has produced hundreds of Tony nominees. 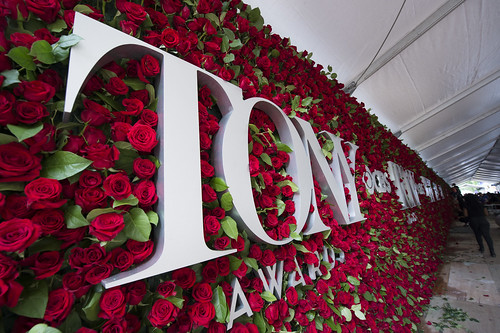