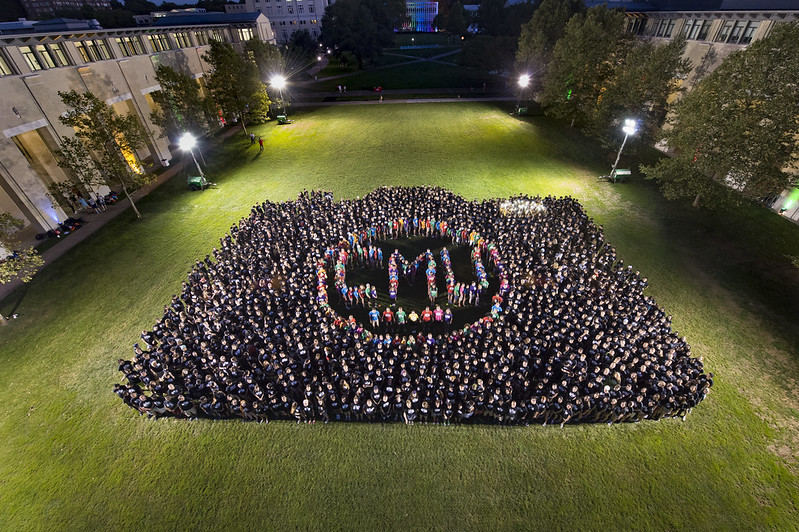 Carnegie Mellon University welcomed the Class of 2020 to the Pittsburgh campus on Saturday, Aug. 20.

This year's class of more than 1,500 freshmen is from 25 countries, 44 states, the District of Columbia, Guam and Puerto Rico.

One of this year's Head Orientation Counselors, David Ott, said that he and the other upperclassmen hope that the incoming students take this year's theme of "Capturing the Moment" to heart.

"Everyone has a moment or a collection of moments that define their time here," said Ott, who is studying biomedical engineering. "We want the students to take every opportunity and not take things for granted but really cherish their time."

CMU President Subra Suresh welcomed the class and family members and shared why CMU is such a special place.

"Carnegie Mellon's heritage, its richness it's not written by one event or one single individual," he said after sharing stories about many alumni and faculty who have won Nobel Prizes, Tony Awards and started businesses that are impacting the world. "It's a narrative that dynamically and continually evolves on a daily basis. You are the writers of that narrative."

Carnegie Mellon's focus on diversity is evident as women represent a recent high-water mark of nearly half of the freshman class; 14 percent of the class are African-American, Hispanic and Native American students.

Seventeen percent is from outside the U.S.

Abinaya Rajesh is from India and will be studying electrical and computer engineering.

"Carnegie Mellon will give me a good platform to explore," she said.

First-year student Benjamin Johnson-Staub, of Cape Cod, Mass., will be studying computer science. He said that while he started looking at schools for their academics, the people and experience he found at Carnegie Mellon when he visited, set the school apart.

"I really liked the community here and received an honest glimpse of what life would be like from the students and faculty I met," he said.

This year's orientation will introduce incoming students to Carnegie Mellon, the city and each other through a weeklong series of events on and off campus. Some highlights of the week include:

Billed as "the largest icebreaker ever," Playfair marks the first time the Class of 2020 will assemble as a group.

First-year students and upperclassmen involved with Partners Allied in Civic Engagement will complete a variety of service projects throughout Pittsburgh.