Who has a smartphone? With a billion new users poised to go online in India, CMU alumni trade ideas about technology, policy and opportunity.

India is the next great frontier when it comes to the digital economy.

Katragadda was speaking July 4 to nearly 500 attendees at "Integrated Intelligence: India," the largest gathering of Carnegie Mellon University alumni, parents and future students outside of the United States. At two panel discussions and a gala dinner, they traded ideas on smart cities, big data, and the promises and challenges of technology.

As part of the largest CMU alumni community outside of the United States, Tartans in India are at the cutting edge of a transformation of enormous scale.

"More than any other country on Earth, India is poised for significant growth in the coming years," said CMU President Subra Suresh during his first official visit to the country. "I think with Carnegie Mellon's potential, and India's huge global potential, there is opportunity."

Days before the CMU event, India's Prime Minister Narenda Modi announced "Digital India Week," calling for a digitally empowered society and knowledge-based economy. Weeks earlier, the prime minister announced an effort to build 100 smart cities. The timing was coincidental, but the announcements underscored how closely attuned CMU and its graduates are to the challenges facing countries around the world.

One example would be Google Map Maker, created by Katragadda. Map Maker allows anyone to add geographical information to an interactive map. For example, all of Pakistan — including uncharted rural areas — was mapped by volunteers. Katragadda, who has a Ph.D. in robotics, carries with him a letter from the United Nations and the Pakistani military, which he received after Pakistan suffered floods in 2010.

"[The letter] says that of the 1.7 million people that were rescued in interior Pakistan, 800,000 would not have been rescued but for the maps that the users developed," he said.

In one of the afternoon sessions, Ramayya Krishnan, dean of CMU's H. John Heinz III College and the William W. and Ruth F. Cooper Professor of Management Science and Information Systems, said that more than 400 million Indians are expected to migrate to cities over the next 30 years in search of economic opportunity. This is reflected in a worldwide movement to urbanization that affects every society on Earth.

The concept of smart cities boils down to people, said Anita Arjundas, managing director and CEO of Mahindra Lifespaces and president of its real estate sector.

"How can you provide and plan for scalable, sustainable integrated and connected ecosystems that finally have one single objective: that is improving the quality of life of people while using resources efficiently and smartly?" she asked.

"The good news is that information technology is providing policymakers with unprecedented access to information and analytical tools that have the potential to create and support cities that are more sustainable and more livable," Krishnan said.

Part of what is feeding that information is big data, which represents a transformative new currency for science, engineering, education and commerce.

"Being part of innovation and change is a powerful motivator for the CMU community," said Provost Farnam Jahanian, who moderated a panel on the transformative impact of big data. "Entrepreneurship has become a top career aspiration for students everywhere in the world today… more and more young people seek to own their own companies motivated by their commitment to applying new ideas to solve important problems."

Natarajan Chandrasekaran, chief executive officer and managing director of Tata Consultancy Services, said that the combination of social media and speed of innovation is creating powerful technologies that are creating a proliferation of data.

"Facebook alone generates four times more data than the New York Stock Exchange every single day," Chandrasekaran said. "And what will be the proliferation of data when the 'Internet of Things' comes will be even more exciting … There are so many applications for government and society. We can solve huge problems, such as in health care."

Along with Chandrasekaran, the panelists included Banmali Agrawala, president and CEO of GE South Asia and parent of a current CMU student; Gary Fedder, associate dean for research for the College of Engineering and director of the Institute for Complex Engineered Systems; and Ponnurangam Kumaraguru (CS 2007, 2009), assistant professor of Indraprastha Institute of Information Technology.

The machine learning revolution in India could have the same impact as the American Industrial Revolution.

"When these entrepreneurs are able to feed their community and access the global market, it will transform the country and have a significant impact on the world," Katragadda said.

CMU's ties to India run deep, with 10 percent of the student body currently coming from the country. Forty-five current faculty members are of Indian origin, and President Suresh was born and raised in Chennai and educated at IIT.

The latest formal connection is a new partnership with the Indian government that will provide support to outstanding students from India wanting to pursue doctorates in math, science and engineering at CMU.

The agreement signed by CMU and India's Science and Engineering Research Board will provide $2.4 million in fellowships over the next five years. The fellowships will support a minimum of five Indian students each academic year, beginning in the fall of 2016.

"We look forward to working with the board to develop the next great generation of scholars, scientists and engineers who will help address many of the 21st century human challenges," President Suresh said. 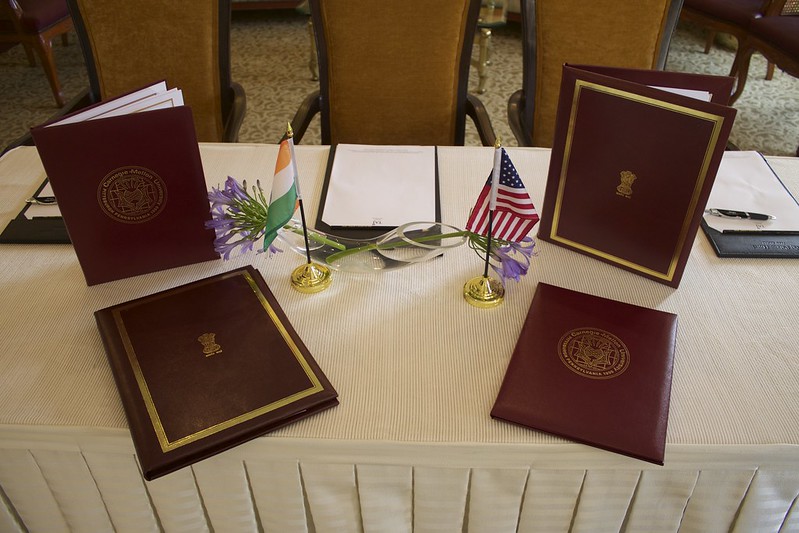 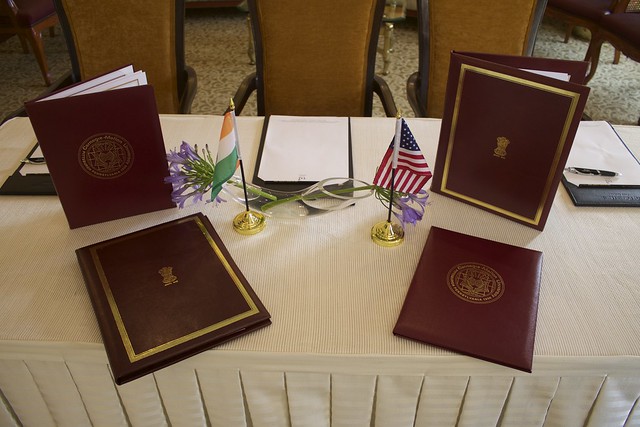