Colonel Liam Collins, PhD will discuss US Russian hybrid war in Ukraine, US policy and ways to counter Russian aggression. Colonel Collins has conducted multiple visits to Ukraine as the executive officer for General (ret.) John Abizaid in his Secretary of Defense Role as the Senior Defense advisor to Ukraine. He planned and executed dozens of meetings with senior Ukraine officials including their President, Minister of Defense and Chief of Defense to help reform Ukraine's defense establishment to produce a more capable force that meets western norms and NATO standards. In the United States, he planned and executed dozens of meetings with DoS, DoD, NSC, and HASC officials to include Secretary Mattis and National Security Advisor McMaster to inform and shape US policy.

Colonel Liam Collins is the Director of the Modern War Institute and the Director of the Department Instruction at the United States Military Academy (USMA) at West Point. From 2016-2018, he also served Gen (ret.) Abizaid’s executive officer for his Secretary of Defense appointment as the Senior Defense Advisor to Ukraine, planning and executing meetings with senior Ukrainian and international officials to help reform Ukraine's defense establishment, and meetings with DoS, DoD, NSC, and HASC officials to inform and shape US policy.

Previously, he served as the director of the Combating Terrorism Center (CTC) at West Point where he authored “The Abbottabad Documents: Bin Ladin’s Security Measures” and co-authored Letters from Abbottabad: Bin Ladin Sidelined?  both of which studied documents captured during the Abbottabad raid and released to the CTC. His work has been cited by the Assistant to the President for Homeland Security and Counterterrorism, the White House Press Secretary, the New York Times, the Associated Press, CNN, ABC News, Fox News, NPR, the Wall Street Journal and USA Today.

He holds a Bachelor of Science degree in Mechanical Engineering (Aerospace) from the United States Military Academy (1992), and a Master in Public Affairs and a PhD from Princeton University’s Woodrow Wilson School of Public and International Affairs. He is also a graduate of the Army Command and General Staff College, the Special Forces Qualification Course, the Infantry Officer Advanced Course, and the Engineer Officer Basic Course. 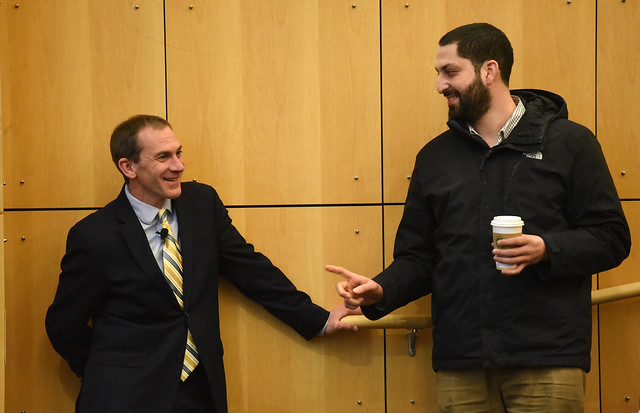