Ariane M. Tabatabai is an associate political scientist at the RAND Corporation and an adjunct senior research scholar at the Columbia University School of International and Public Affairs (SIPA). She is also a Truman national security fellow and a Council on Foreign Relations (CFR) term member.

Prior to joining RAND, she served as the director of curriculum and a visiting assistant professor of security studies at the Georgetown University Edmund A. Walsh School of Foreign Service and an international civilian consultant for NATO. Previously, Tabatabai was a post-doctoral fellow (2017-18) in the International Security Program and a Stanton nuclear security fellow (2013-14) in the International Security Program and the Project on Managing the Atom at the Harvard Kennedy School’s Belfer Center for Science and International Affairs where she was also an associate (2014–2015). Tabatabai also held positions as a non-resident scholar with the James Martin Center for Nonproliferation Studies at the Monterey Institute; senior associate in the Proliferation Prevention Program at the Center for Strategic and International Studies (CSIS), and adjunct senior fellow in the Middle East Program at the Center for A New American Security (CNAS).

She is the co-author of Triple Axis: Iran's Relations With Russia and China and has published widely in academic, policy, and mainstream outlets, including International Security, the Journal of Strategic Studies, the New York Times, the Atlantic, Foreign Affairs, and Foreign Policy. Tabatabai holds a Ph.D. in war studies from King's College London. 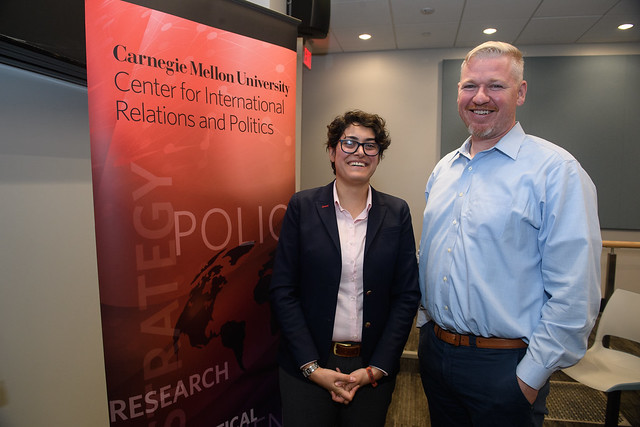