Scott Sagan - "The North Korean Nuclear Crisis: Avoiding Cliffs on the Backside of the Summit"

Scott D. Sagan is the Caroline S.G. Munro Professor of Political Science, the Mimi and Peter Haas University Fellow in Undergraduate Education, and Senior Fellow at the Center for International Security and Cooperation and the Freeman Spogli Institute at Stanford University. He also serves as Chairman of the American Academy of Arts and Sciences’ Committee on International Security Studies. Before joining the Stanford faculty, Sagan was a lecturer in the Department of Government at Harvard University and served as special assistant to the director of the Organization of the Joint Chiefs of Staff in the Pentagon. Sagan has also served as a consultant to the office of the Secretary of Defense and at the Sandia National Laboratory and the Los Alamos National Laboratory.

Sagan is the author of Moving Targets: Nuclear Strategy and National Security (Princeton University Press, 1989); The Limits of Safety: Organizations, Accidents, and Nuclear Weapons (Princeton University Press, 1993); and, with co-author Kenneth N. Waltz, The Spread of Nuclear Weapons: An Enduring Debate (W.W. Norton, 2012). He is the co-editor of Learning from a Disaster: Improving Nuclear Safety and Security after Fukushima (Stanford University Press, 2016) with Edward D. Blandford and co-editor of Insider Threats (Cornell University Press, 2017) with Matthew Bunn. Sagan was also the guest editor of a two-volume special issue of Daedalus: Ethics, Technology, and War (Fall 2016) and The Changing Rules of War (Winter 2017).

Recent publications include “Armed and Dangerous: When Dictators Get the Bomb” in Foreign Affairs (November/December 2018); “Not Just a War Theory: American Public Opinion on Ethics in Combat” with Benjamin A. Valentino in International Studies Quarterly (Fall 2018); The Korean Missile Crisis” in Foreign Affairs (November/December 2017); “Revisiting Hiroshima in Iran: What Americans Really Think About Using Nuclear Weapons and Killing Noncombatants” with Benjamin A. Valentino in International Security (Summer 2017); and “Atomic Aversion: Experimental Evidence on Taboos, Traditions, and the Non-Use of Nuclear Weapons” with Daryl G. Press and Benjamin A. Valentino in the American Political Science Review (February 2013).

In 2018, Sagan received the Andrew Carnegie Fellowship from the Carnegie Corporation of New York. In 2017, he received the International Studies Association’s Susan Strange Award which recognizes the scholar whose “singular intellect, assertiveness, and insight most challenge conventional wisdom and intellectual and organizational complacency" in the international studies community. Sagan was also the recipient of the National Academy of Sciences William and Katherine Estes Award in 2015, for his work addressing the risks of nuclear weapons and the causes of nuclear proliferation. The award, which is granted triennially, recognizes “research in any field of cognitive or behavioral science that advances understanding of issues relating to the risk of nuclear war.” In 2013, Sagan received the International Studies Association's International Security Studies Section Distinguished Scholar Award. He has also won four teaching awards: Stanford’s 1998-99 Dean’s Award for Distinguished Teaching; Stanford's 1996 Hoagland Prize for Undergraduate Teaching; the International Studies Association’s 2008 Innovative Teaching Award; and the Monterey Institute for International Studies’ Nonproliferation Education Award in 2009. 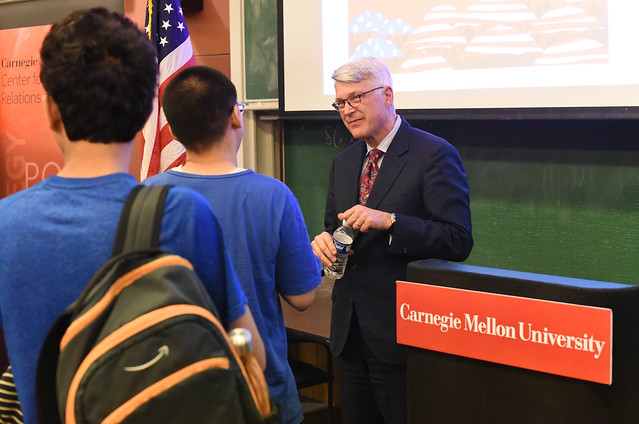