David McCormick is Co-CEO of Bridgewater Associates, responsible for overseeing the firm’s strategy, governance, and business operations in partnership with Co-CEO Eileen Murray. David joined Bridgewater in 2009 and previously served as the firm’s President, before becoming Co-CEO in 2016. Before joining Bridgewater, David was the U.S. Treasury Under Secretary for International Affairs in the George W. Bush Administration during the global financial crisis. Prior to that, he served in senior posts on the National Security Council and in the Department of Commerce.

From 1999-2005 David was a technology entrepreneur, serving as CEO and then President of two publicly-traded software companies, FreeMarkets, Inc. and Ariba, Inc. Earlier in his career David was a consultant at McKinsey & Company. He is a graduate of the United States Military Academy at West Point and has a Ph.D. from the Woodrow Wilson School of Public and International Affairs at Princeton University. He is a former Army officer and a veteran of the First Gulf War.

David serves as a Trustee on several boards, including the United Service Organizations (USO) and The Hospital for Special Surgery (HSS). He also serves as the Chairman of the Atlantic Council’s International Advisory Board. 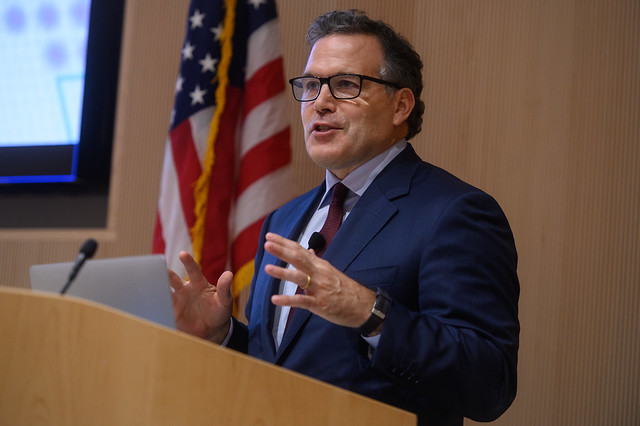