In January 2017, the US intelligence community released a public report detailing a Russian influence campaign, ordered by Russian President Vladimir Putin, to disrupt the US presidential election. Part of a larger multifaceted approach, this campaign included social media-based disinformation spread by both automated bots and paid trolls. Russia's strategy was to push several conflicting narratives simultaneously, deepening existing divisions within American society and degrading trust in Western institutions and the democratic process.

While it is unknown what impact the campaign might have had on the 2016 presidential election, or on individual opinions, it is clear that Russia's efforts reached many Americans through a variety of social media platforms, including Twitter and Facebook. The Russian "disinformation chain" that directs these campaigns starts from the very top — from Russian leadership, to Russian organs and proxies, through amplification channels such as social media platforms, and finally to US media consumers. This presentation will categorize and analyze different approaches and policy options to respond to the specific threat of Russian influence via disinformation spread on social media in the United States. Dr. Bodine-Baron will also present a method to map and assess the information environment, using a specific example of Russian propaganda in Eastern Europe.

Elizabeth Bodine-Baron is an information scientist specializing in complex networks and systems at the RAND Corporation. She is the associate director of the Force Modernization and Employment Program in Project Air Force and co-directs the RAND Center for Applied Network Analysis and System Science. Her research interests include network analysis and modeling for both domestic and national security issues. Her recent work for the United States Air Force includes analysis of cybersecurity, logistics, targeting and intelligence policy. She has used network analysis of social media data to study violent extremist messaging, Russian propaganda, ISIS support and opposition networks, and information operations. Bodine-Baron received a BS in electrical engineering and a BA in liberal arts (Plan II Honors) from the University of Texas at Austin in 2006, and a PhD in electrical engineering from California Institute of Technology in 2012. 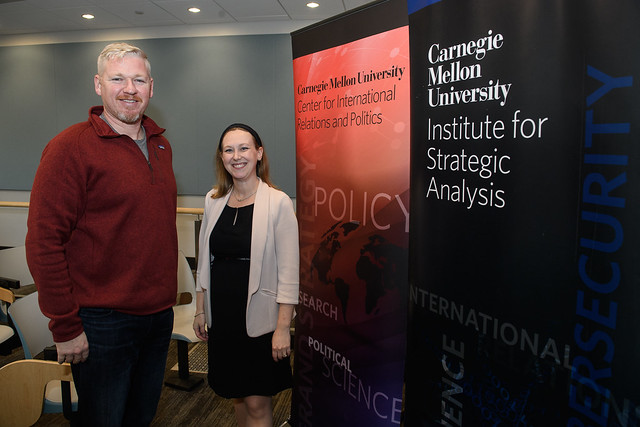