Michael Horowitz - "Power, Ethics, and International Competition in an Age of Artificial Intelligence"

World leaders, CEOs, and academics have suggested that a revolution in artificial intelligence is upon us. If they are right, what will advances in artificial intelligence mean for international competition and the balance of power? How will it influence moral and ethical issues surrounding international politics? This presentation discusses how developments in artificial intelligence (AI) — advanced, narrow applications in particular — could influence power and international politics. As a potentially general purpose technology like electricity or the combustion engine, AI could have wide-ranging consequences for the world. This is particularly true given that the locus of innovation is coming from the private sector, not the defense world. What will this mean for international politics and topics ranging from first mover advantages to ethics and war to the balance of power?

Michael C. Horowitz is a professor of political science and the associate director of Perry World House at the University of Pennsylvania. He recently received the 2017 Karl Deutsch Award from the International Studies Association, presented annually to a scholar under age 40 who is judged to have made the most significant contribution to the study of international relations and peace research. Professor Horowitz is the co-author of the book, Why Leaders Fight, and his award-winning first book, The Diffusion of Military Power: Causes and Consequences for International Politics. His research interests include technology and global politics, military innovation, the role of leaders in international politics, and forecasting. He has published in a wide array of peer reviewed journals, as well as more popular outlets such as the New York Timesand Politico. Professor Horowitz previously worked for the Office of the Undersecretary of Defense for Policy in the Department of Defense. He is affiliated with the Foreign Policy Research Institute, the Center for Strategic and International Studies, and the Center for a New American Security. He is also a Term Member of the Council on Foreign Relations. He has held fellowships at the Weatherhead Center, Olin Institute, and Belfer Center at Harvard, where he received his PhD in Government. Professor Horowitz received his BA in political science from Emory University. You can find him on Twitter @mchorowitz. 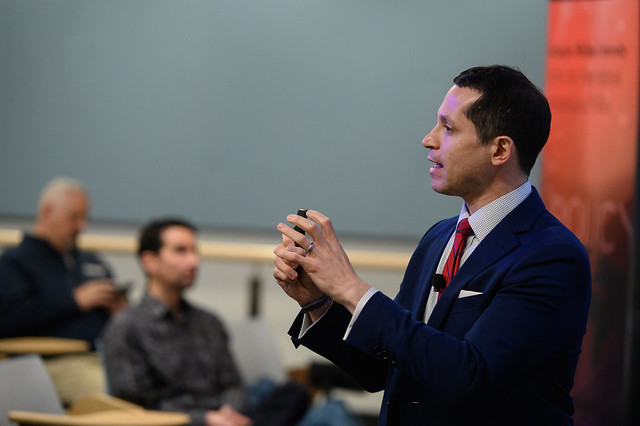