Panelists from Carnegie Mellon and the University of Pittsburgh will discuss the effect of the presidential election in Brazil.

Ignacio Arana is a Postdoctoral Fellow at the Institute for Politics and Strategy at Carnegie Mellon University. He holds a BA in Journalism and Mass Communication from the Pontifical Catholic University of Chile (2002), a MA in Political Science from the University of Chile (2007), and a MA and a PhD in Political Science from the University of Pittsburgh (2015). His central line of research explores how the individual differences among presidents have an impact on relevant political phenomena, including institutional change and policy outcomes. His secondary line of research is the comparative study of institutions, with a focus on Latin America. He studies informal institutions, executive-legislative relations, judicial politics and elections. His research has been published or is forthcoming in the Journal of Law and Courts, the Journal of legislative Studies, Latin American Politics and Society, Latin American Perspectives, The Global Encyclopedia of Public Administration, Public Policy, and Governance, Bolivian Studies Journal and Política.

Marianne Silva Batista is a PhD student focusing on Comparative Politics and Latin America, with experience in academia, government and private sector. Her current research spams from the role of bureaucracies in policy implementation, to the ideological mismatch between voters and legislators in Latin America. During her Master’s at UCSD, Marianne participated in research about the military industrial scientific complex in Brazil; the creation of the New Development Bank by the BRICS; and Brazil’s role in the global arena in the 2000s. Prior to attending Pitt, she was responsible for operations for Brazil and Portugal at a multinational tech company. Previously in Brazil, she worked as a Business Analyst for the Consulate General of Argentina in São Paulo.

Sophie le Blanc is currently working as a Teaching Consultant at the Eberly Center and an adjunct instructor for the Institute for Politics and Strategy at Carnegie Mellon University. She obtained a B.A. and M.A. in Political Science from the Université du Québec à Montréal and a M.A. and Ph.D. from the University of Delaware. Her most recent research focused on immigrant entrepreneurs in the garment industry of São Paulo. Through ethnographic methods and historical document research, Dr. le Blanc uncovered interesting power dynamics specific to the unique immigrant makeup of the Brazilian garment industry. Dr. le Blanc’s ongoing research interests are rooted in immigration patterns particularly towards developing nations and the fascinating power dynamics among immigrant communities.

Dani Nedal is a Postdoctoral Fellow at the Institute for Politics and Strategy at Carnegie Mellon University. He studies International Relations, with a focus on foreign policy, nuclear weapons, and power and authority in international politics. His book project explores how national security policy is shaped by countries' urban geography and the vulnerability of cities to modern warfare. Before joining IPS, he was a Stanton Nuclear Security Fellow at the Massachusetts Institute of Technology's Security Studies Program, a Smith Richardson Fellow at Yale International Security Studies, and a Managing Editor at International Studies Quarterly. Before earning his PhD at Georgetown University, he worked as Research Fellow with the Institute for Conflict, Cooperation and Security at the University of Birmingham, the International Politics department at Aberystwyth University, and the Center for International Relations at the Getulio Vargas Foundation in Brazil. He was also a policy analyst at the China-Brazil Business Council. His work has been published in 'PS: Political Science and Politics', the 'Journal of Global Security Studies', 'International Relations', 'Foreign Policy', 'Foreign Affairs', 'Revista Política Externa', and 'Harvard Asia Quarterly', as well as various edited volumes. 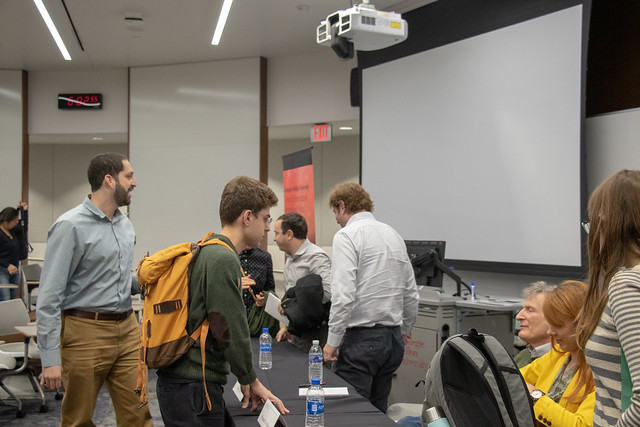