Former congressmen from both major political parties will discuss the impact of midterm elections and the importance that this November’s election has on the political landscape today.

David Skaggs is a former six-term Democratic member of the United State House of Representatives from Colorado’s 2nd Congressional District (1987-99).  Prior to his election to Congress, he served three terms in the Colorado House (1981-87), the last two terms as Minority Leader.

Skaggs currently holds positions as Co-Chair of the Board of the U. S. House of Representatives’ Office of Congressional Ethics and a Senior Advisor with Dentons US LLP (formerly McKenna Long & Aldridge). He serves as Vice-Chair of the board of trustees of the National Endowment for Democracy.  He is currently a trustee of the American University of Iraq – Sulaimani and the U. S. Association of Former Members of Congress, and is on the board of directors of the Center of the American West at the University of Colorado.

Skaggs has been an Adjunct Professor at the University of Colorado in both the School of Law (teaching Professional Ethics, 2012-16) and the Department of Political Science (1999-2002). He served in the cabinet of Colorado Governor Bill Ritter Jr. as Executive Director of the Colorado Department of Higher Education.

In Congress, David was a member of the House Appropriations Committee and the House Permanent Select Committee of Intelligence. He was a leader in efforts to improve the House of Representatives and was the founding co-chairman with Congressman Ray LaHood (R-Illinois) of the House Bipartisan Retreats, designed to improve bipartisan relations among House members.  He has remained dedicated to improving the quality of the nation’s politics and with his wife, Laura, endowed a fund at American University that beginning in 2019 will support the biennial award of the Madison Prizes to a Member of Congress, Representative or Senator, from each major party “who each best exemplifies respect for the institutional values and constitutional prerogatives of the Congress, the need for compromise in a democratic society, and the republican spirit of James Madison.”

After earning a B.A. in philosophy from Wesleyan University in 1964, Skaggs studied law at the University of Virginia for one year, completing his LL.B. at the Yale Law School in 1967.  He entered active duty in the U. S. Marine Corps in 1968 and served on Okinawa, in Vietnam, and at Marine Corps Headquarters in Washington, remaining in the Marine Corps Reserves until 1978 and attaining the rank of Major.

Mr. Skaggs is married to Laura Locher Skaggs, and has three children: Matthew Babcock (50), Clare Belcher (42) and Will Driscoll (38).

Don Manzullo recently retired as President & CEO, KEI, Korea Economic Institute of America. During his  20  years  of  service  representing  the  16th District  of  Illinois,  Congressman Manzullo was  a  leading  voice  in  shaping  congressional  economic  and  foreign  policy towards  the  Asia Pacific region.    He  started  his  career in the  House  of  Representatives  in  1993  on  the  Subcommittee  on  Asia  and  the  Pacific  of  the  House  Foreign  Affairs  Committee  and  ended  his  tenure in Congress serving as the Republican leader of this pivotal subcommittee from 2007 until 2013,  including  chairing  the  Asia  subcommittee  during  his last  two  years in the  House. Mr. Manzullo also  served  as  a  member  of  the  Foreign  Affairs  Subcommittee  on  International Economic Policy and Trade.

Chairman Manzullo was appointed by House Speaker John Boehner to serve a Commissioner on the Congressional-Executive Commission on China, which monitors compliance with human rights obligations and the development of the rule of law in the People’s Republic of China.  He was appointed by a previous Speaker to serve as a member of the House Task Force on the Hong Kong Transition.

Representative Manzullo is well-known as a staunch advocate for small business, manufacturing, and trade between the United States and Asian economies.  For 14 years, Congressman Manzullo served on the Small Business Committee, first chairing the Exports Subcommittee from 1995 to 2001.  He was then elected by his fellow colleagues to chair the full Small Business Committee – one of just 17 standing committees of the U.S.  House  of  Representatives  – for  a maximum  of  three 2-  year  terms  from  2001  to  2007.

During the course of his career in Congress, Representative Donald Manzullo authored 17 bills that  were  signed  into  law  by  the  President  and  altered  the  direction  of  18  other  bills  that  also  became  law.    He  also significantly  influenced  over  50  administrative  actions  by  the  Executive  Branch  through  regulatory  changes  or  alterations  to  internal  policy.   Overall, Mr.  Manzullo chaired   over 140  hearings   on   diverse   subjects   ranging   from   global   competitiveness   and   manufacturing  to  human  rights.    He  supported  every  free  trade  agreement  (FTA)  in  Congress,  and served on several “whip” teams to encourage his fellow legislators to vote for these market opening initiatives. Mr. Manzullo has been recognized for his leadership on various legislative issues, including receiving the Distinguished Service Award from the Small Business Exporters Association for his work that improved various trade promotion programs, the Leadership Award from the Coalition for Employment through Exports for his legislation that reauthorized the Overseas Private Investment Corporation, and the prestigious Wings of Liberty Award from the Aerospace Industries Association for his efforts to amend an export control regulation that freed up billions of dollars of commercial aviation parts and components to be sold abroad without requiring a license for each item.

Mr. Manzullo was also appointed by the Speaker of the House to serve as Chairman of the Canada-U.S. Inter-parliamentary Group and the U.S.-China Inter-parliamentary Exchange. He also was a frequent participant in the U.S.-European Union Inter-parliamentary Exchange; the U.S.-Mexico Inter-parliamentary Exchange; and the U.S.-Japan-South Korea Legislative Exchange program, developing relationships with legislators from all around the world. Chairman Manzullo also led two of the largest official Congressional delegations to visit dignitaries in China, Australia, and New Zealand. Congressman Manzullo was one of the first critics of easy lending practices for residential real estate, which created and then led to the collapse of the subprime mortgage market that quickly spread to other financial markets both in the United States and around the world. In 2000, he was an early co-sponsor of the Housing Finance Regulatory Improvement Act, which would have reduced the systemic risk posed to capital markets by financial institutions that engaged in lax mortgage lending practices. Congressman Manzullo has spoken before numerous groups on financial services and trade issues. He also gained a reputation for being one of the most knowledgeable U.S. legislators on manufacturing, leading him to be a featured speaker before numerous manufacturing organizations such as the National Association of Manufacturers, the Precision Metalforming Association, and the Society for the Advancement of Material and Process Engineering (SAMPE). Mr. Manzullo has also visited hundreds of manufacturing facilities in the United States, Europe, and Asia. He also authored numerous op-eds and letters to the editor that appeared in local and national publications, including the Rockford Register Star, the Northwest Herald, the Wall Street Journal, and the Washington Times. Prior to his congressional service, Mr. Manzullo practiced law as an attorney in Oregon, Illinois before entering politics. He holds a Juris Doctor from Marquette University (1970) and a B.A. from American University (1967), and honorary Juris Doctor from Inha University, Inchon, Korea. Mr. Manzullo is married to Freda Teslik and is the father of Neil, Noel, and Katie Manzullo. The Manzullos come from Leaf River, Illinois, where they raise beef cattle on their small farm. 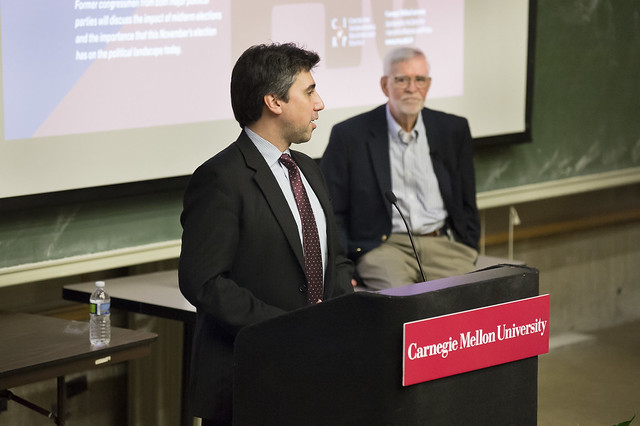