“Bone Wars: The Excavation and Celebrity of Andrew Carnegie’s Dinosaur" by Tom Rea: Entertainment after the Annual Meeting

Entertainment will begin promptly at 8pm on Zoom. Guests are welcome to attend. Please register online using ID: 4085 or by emailing osher@cmu.edu. 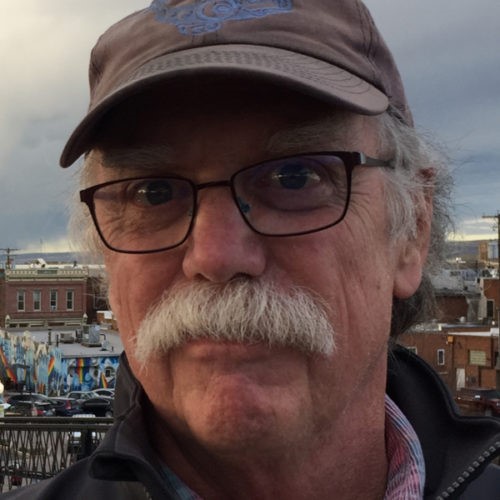 Less than one hundred years ago, Diplodocus carnegii—named after industrialist and philanthropist Andrew Carnegie—was the most famous dinosaur on the planet. The most complete fossil skeleton unearthed to date, and one of the largest dinosaurs ever discovered, Diplodocus was displayed in a dozen museums around the world and viewed by millions of people.

Bone Wars explains how a fossil unearthed in the badlands of Wyoming in 1899 helped give birth to the public’s fascination with prehistoric beasts. Rea also traces the evolution of scientific thought regarding dinosaurs and reveals the double-crosses and behind-the-scenes deals that marked the early years of bone hunting. With the help of letters found in scattered archives, Tom Rea recreates a remarkable story of hubris, hope, and turn-of-the-century science.

He focuses on the roles of five men: Wyoming fossil hunter Bill Reed; paleontologists Jacob Wortman—in charge of the expedition that discovered Carnegie’s dinosaur—and John Bell Hatcher; William Holland, imperious director of the recently founded Carnegie Museum; and Carnegie himself, smitten with the colossal animals after reading a story in the New York Journal and Advertiser. What emerges is the picture of an era reminiscent of today: technology advancing by leaps and bounds; the press happy to sensationalize anything that turned up; huge amounts of capital ending up in the hands of a small number of people; and some devoted individuals placing honest research above personal gain..

Tom will show a short film made by Pittsburgh Arts and Lectures, in which he gives an introduction to the book.  That will be followed by a PowerPoint and discussion of photos from the era, and then an opportunity for Q&A.

The University of Pittsburgh Press has just published the Twentieth Anniversary Edition of the book in paperback, and the Press is offering a 20% discount for books purchased from its site. Click the link below and enter the code 20BONEWARS.  The code will be live through 11/30/21.

Tom Rea, who grew up in Pittsburgh admiring the dinosaurs at the Carnegie Museum of Natural History, lives in Casper, Wyoming, with his family. Now a freelance writer and editor, for a dozen years he covered politics, education, and science for the Casper Star-Tribune, Wyoming’s largest newspaper.