Dark Matter on the Move 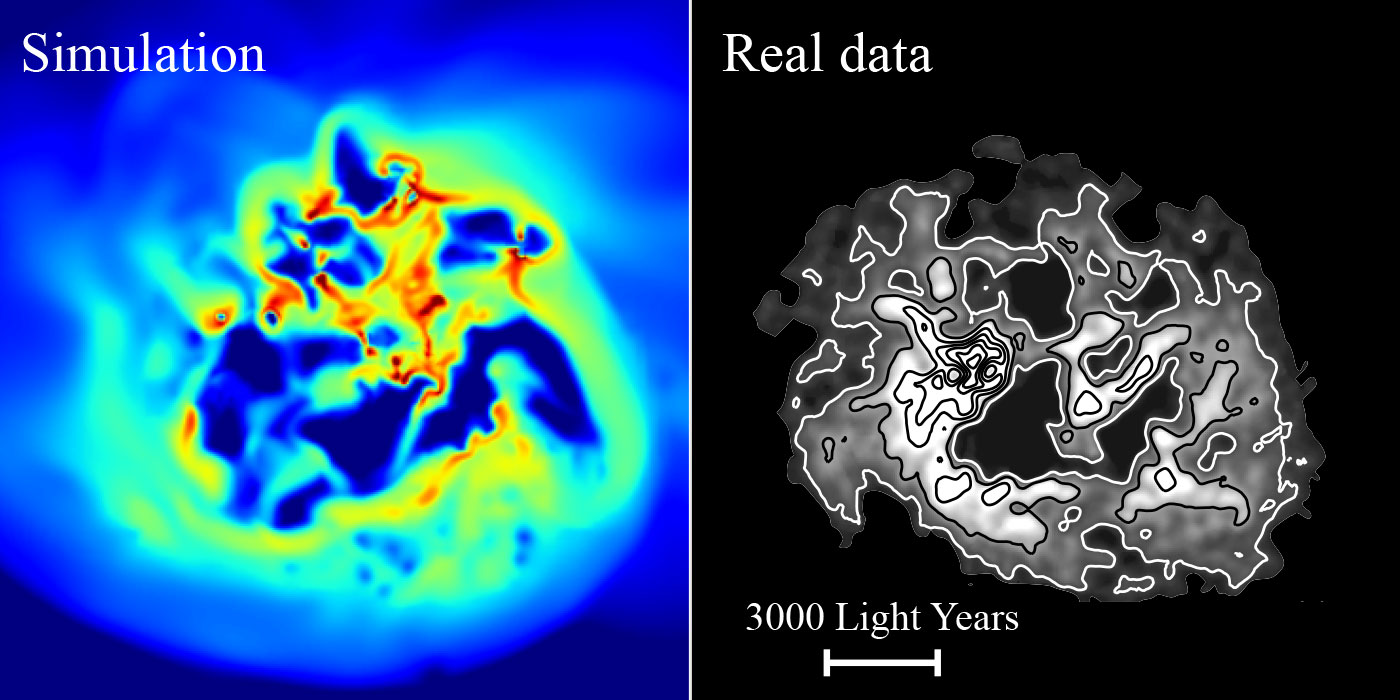 Scientists have found evidence that dark matter can be heated up and moved around, as a result of star formation in galaxies. The findings provide the first observational evidence for the effect known as ‘dark matter heating,’ and give new clues as to what makes up dark matter. The research is published today in the journal Monthly Notices of the Royal Astronomical Society.

In the new work, scientists from the University of Surrey, Carnegie Mellon University and ETH Zürich set out to hunt for evidence for dark matter at the centers of nearby dwarf galaxies. Dwarf galaxies are small, faint galaxies that are typically found orbiting larger galaxies like our own Milky Way. They may hold clues that could help us to better understand the nature of dark matter.

Dark matter is thought to make up most of the mass of the universe. However since it doesn’t interact with light in the same way as normal matter, it can only be observed through its gravitational effects. The key to studying it may however lie in how stars are formed in these galaxies.

When stars form, strong winds can push gas and dust away from the heart of the galaxy. As a result, the galaxy’s center has less mass, which affects how much gravity is felt by the remaining dark matter. With less gravitational attraction, the dark matter gains energy and migrates away from the center, an effect called ‘dark matter heating.’

The team of astrophysicists measured the amount of dark matter at the center of 16 dwarf galaxies with very different star formation histories. They found that galaxies that stopped forming stars long ago had higher dark matter densities at their center than those that are still forming stars today. This supports the theory that the older galaxies had less dark matter heating.

"We found a truly remarkable relationship between the amount of dark matter at the center of these tiny dwarfs, and the amount of star formation they have experienced over their lives. The dark matter at the centers of the star-forming dwarfs appears to have been ‘heated up’ and pushed out," said Justin Read, lead author of the study and professor and head of the Department of Physics at the University of Surrey.

The findings provide a new constraint on dark matter models: dark matter must be able to form dwarf galaxies that exhibit a range of central densities, and those densities must relate to the amount of star formation.

"This study may be the “smoking gun” evidence that takes us a step closer to understanding what dark matter is. Our finding that it can be heated up and moved around helps to motivate searches for a dark matter particle," said Matthew Walker, assistant professor of physics and member of the McWilliams Center for Cosmology at Carnegie Mellon University and a study co-author.

The team hopes to expand on this work by measuring the central dark matter density in a larger sample of dwarfs, pushing to even fainter galaxies, and testing a wider range of dark matter models.