World War I History on Display

For Cheryl Regan, patriotism is part of her daily routine.

The Carnegie Mellon University School of Art alumna is an exhibition director for the Library of Congress. She was instrumental in creating “Echoes of the Great War: American Experiences of World War I,” which is part of the library’s 100th anniversary commemoration of the “war to end all wars.”

The tribute opened April 4 and draws more than 20,000 people each week. More than 1 million visitors are expected to see it by the end of its scheduled 21-month run. From documents to sheet music, approximately 200 items are displayed, with new materials regularly added. Related programming includes actors reading diary entries to a talk on the 30,000 feet of film specially digitized for the show that, as Regan noted, “really bring the documents to life.”

Regan is one of five Library of Congress exhibition directors, a job that entails guiding an array of projects from conception to reality. Each project takes up to four years to complete and involves teams of curators, designers and historical advisers. Approximately nine shows run concurrently, each showing from six months to years.

“We’re the largest library in the world,” Regan said. “Just on this particular subject [WWI], we have tens of thousands of items. There’s a lot of legwork that goes on before you even get down to the nuts and bolts. It’s very exciting work, trying to figure out the storyline given the nature of the collections here, which are so vast and varied. It’s like being a detective.”

Irene Chambers, chief of the Interpretive Programs Office in the Library of Congress, said Regan is an unbeatable combination of integrity, talent, knowledge, personality and determination.

“Ideas and the visual world meet in her character,” Chambers said. “She has directed several of the most meaningful exhibitions ever mounted by the Library of Congress, and is capable of working both with experts and on her own to realize the most complex projects to completion.”

Regan credits her CMU education for her success.

“I’m a big booster of the school. More than just learning the art of painting, I learned to think at CMU. Specifically, how to think in a structured, more methodical way, and to solve problems,” she said. 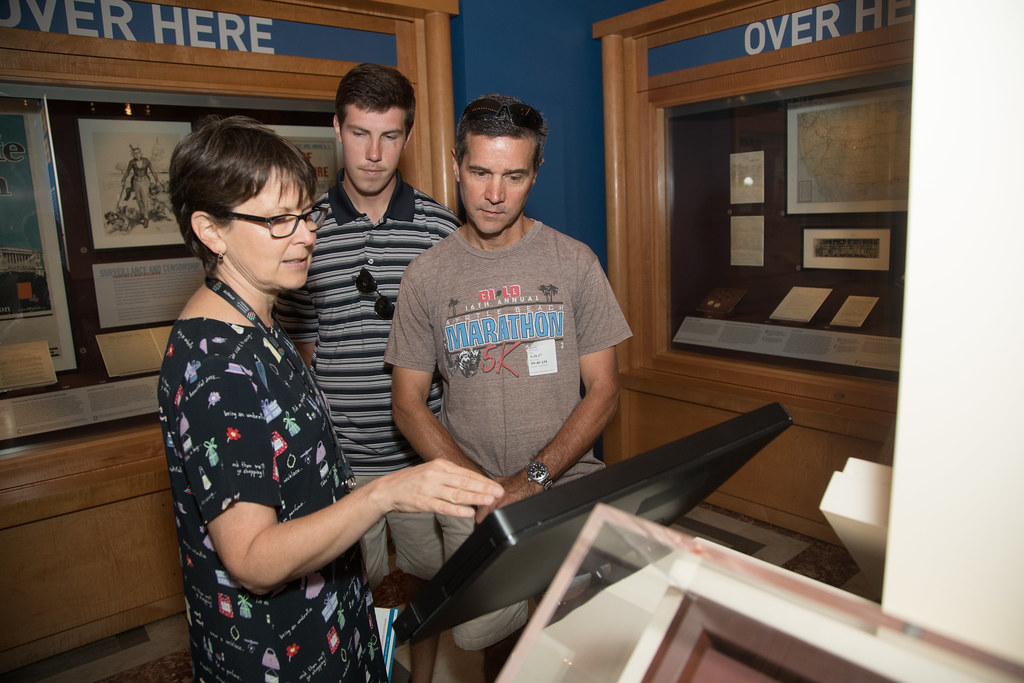 Regan describes herself as a “product of the university,” having begun her association in CMU’s pre-college program. After enrolling at CMU as a painting major, Regan said she enjoyed numerous art history courses, many with Professor Elaine King, whom she still considers a mentor.

During her time at CMU, Regan interned with Pittsburgh’s Carnegie Museum of Art, and accepted a position there after earning her undergraduate degree in 1983. King asked her back to CMU to help get a university gallery up and running.

“I chose Cheryl as my assistant over several others when we started the art gallery, even though she was very young,” King said. “She is very dedicated and steadfast, detailed and loyal.”

After three years, King encouraged Regan to move on, to grow and expand, and to pursue a master’s degree. Regan earned a master’s degree in art history at the University of Virginia in 1991.

“I’m very happy to be here,” Regan said of the Library of Congress. “I have a great job!”