A 20-year veteran of the consumer products industry, Michael Hsu is chief executive officer for Kimberly-Clark Corporation and serves on its board of directors.

Joining Kimberly-Clark in 2012 as group president of the company’s nearly $8 billion North American Consumer Products business, he quickly became known as a leader with passion and vision who could drive growth and value creation.

Prior to Kimberly-Clark, Mr. Hsu was executive vice president and chief commercial officer at Kraft Foods. Before Kraft, he spent six years at H.J. Heinz, holding the positions of vice president, marketing for Ore-Ida and Frozen Meals, and later as president for Foodservice. He launched his career in the consumer products industry as a consultant with Booz Allen & Hamilton, where he rose to partner in the firm's consumer practice.

Mr. Hsu serves on the board of directors for United Way USA. He earned a bachelor's degree from Carnegie-Mellon University and an MBA from the University of Chicago. He and his wife live in Dallas, Texas.

Photos From the Event 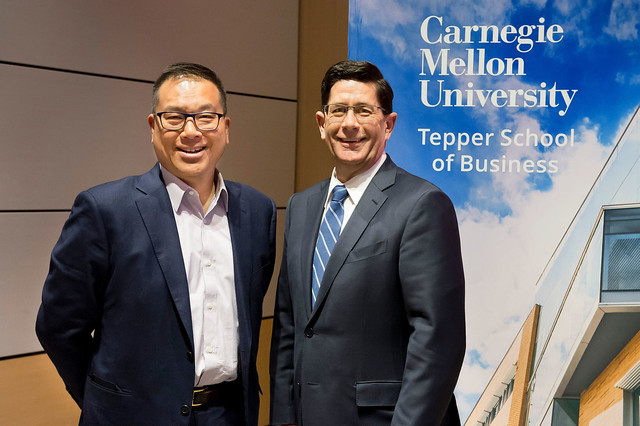