He was previously Senior Vice President and Chief Financial Officer, a position he held from January 2014 through December 2017.

Prior to that, he served as General Manager of IBM Global Financing, where he managed a total asset base in excess of $37 billion. Mr. Schroeter also served as IBM Treasurer, responsible for the company’s balance sheet, cash flow, capital structure, interest rate and currency risk management, and treasury operations.

Mr. Schroeter received his MBA from Carnegie Mellon University and his undergraduate degree from Temple University. 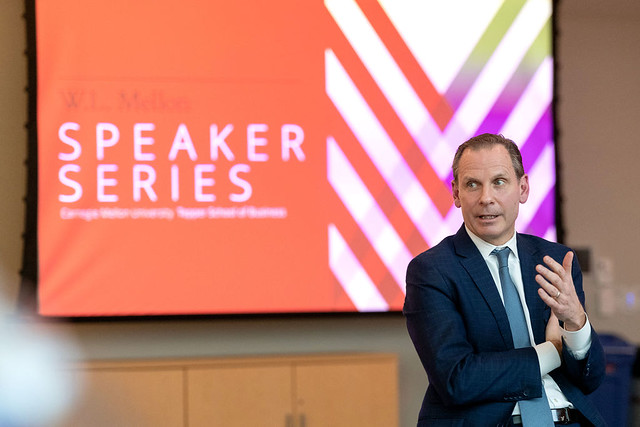 IBM’s Schroeter Talks About Leadership, Decision-Making, and What It Means To Succeed
Tepper News