Professor Jacobo Bielak’s impact on his students, peers, and the industry was celebrated at his retirement party at CMU Carnival. From across the globe, people came to support for a mentor, friend, and colleague described as a brilliant researcher on the forefront of earthquake simulation research—with a humble, compassionate approach to teaching and life.

Bielak summed up his 40 years as an instructor by stating that the relationships he’d formed enriched his life. “CMU has been the base from which I worked with colleges from the United States and the world. I’m thankful for my family and friends who bring inspiration to me.” The retirement event began with an overview of Bielak’s path to teaching—he grew up in Mexico City and attended Cal Tech and UCLA. In 1990, he made an indelible mark in the field with the Quake Project that predicted the impact of earthquakes on urban infrastructure.

College of Engineering Dean Jim Garrett, added that he took one of Bielak’s first classes—when he was a sophomore in 1979. “I never saw anyone fill up a chalkboard so fully and effectively. He combines wonderful expertise and technical sophistication with amazing humanity.”

An open mic allowed former students and colleagues to toast Bielak’s successes. Bielak’s wife, Joyce, was also lauded for the counsel and guidance that she provided to students who were often on campus during holidays and special events. “Their home was always open to students and we spent many wonderful days with the Bielak family,” said Loukas Kallivokas (MS ’90, PhD ’95).

Former CEE faculty member Omar Ghattas added that his career was shaped by Bielak’s passion for research. “We had 16 years of shared research, friendship, and collaboration. Today, what Bielak started is a robust field with thousands of researchers worldwide performing earthquake simulations.”

Noting that Bielak also helped to place CMU on the map as a leader in quake research, Ricardo Taborda (PhD ’10) added Bielak’s research is respected and frequently cited. “People who know his work have enormous respect for it. He’s famous in the world of civil engineering.”

In his remarks, Bielak wished he could personally thank each individual in the room. This humility is what sets Bielak apart, according to Tom Siller (PhD ’88). “He is one of the pillars of my academic life.” Former colleague Enrique Bazan added, “one of the things I’m most proud of is having my name on the same academic papers as Jacobo Bielak.”

Dean Garret mentioned that while Bielak is retiring as an instructor, CMU is excited to continue working with him on research. “He’s a brilliant mind. We can’t let him go.” 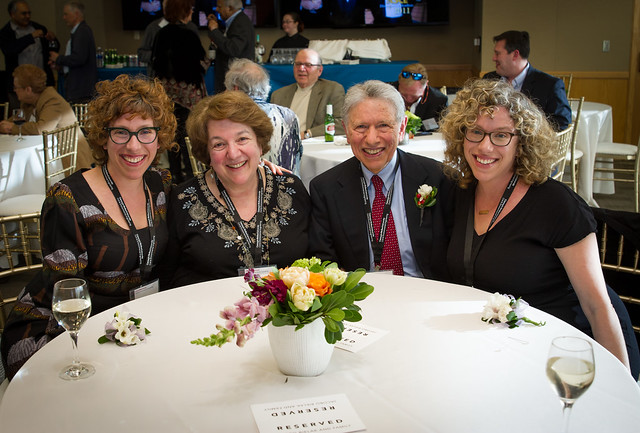